First Faculty of the Department of Pediatrics

The history of the Indiana School of Medicine Department of Pediatrics dates back to 1908 when Indiana University School of Medicine began. These physicians were the school’s new pediatrics faculty and medical students looked up to them as examples, teachers, and mentors who created the blueprint for the classes that followed. The first faculty appointed by the Indiana University Board of Trustees in 1908 to serve in the Department of Pediatrics are briefly overviewed below. 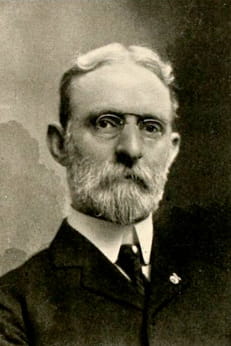 Background information about Dr. Taylor is noted below: 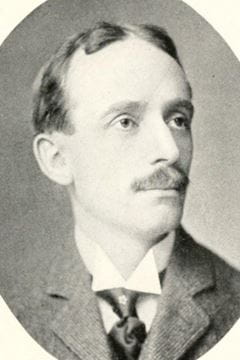 Dr. Lewis Park Drayer was named Professor in the Department of Pediatrics for Indiana University School of Medicine in 1908. This is what is known of his professional career: 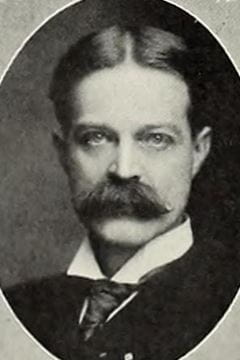 Dr. John Albert Lambert was born on March 4, 1860 and died on April 28, 1941. The son of James R. and Minerva Green Lambert, he moved to Indianapolis at an early age, graduating from Indianapolis High School (now Shortridge) in 1875). He continued his studies at the Philadelphia College of Pharmacy and the Central College of Physicians and Surgeons. Dr. Lambert was at one time superintendent of the Indianapolis city dispensary (August 1, 1894-1895). When Indiana’s State Pediatric Society was organized on December 28, 1897, the following officers were elected: President, Paul J. Barcus, M.D., Crawfordsville; Vice-President, John A. Lambert, M.D., Indianapolis; Secretary, Louis Burckhardt, M.D., Indianapolis; Treasurer, Don Kennedy, M.D., Homer.

He was married in 1882 to Sarah Elizabeth Brundage, who died in 1903 in Denver, Colorado where they had moved about 3 years previously because of his wife’s failing health. While in Colorado, Dr. Lambert served as assistant professor of Central College and the Woodcroft Hospital in Pueblo, Colorado.

Dr. Lambert, a physician in Indianapolis for 51 years, lived at 2822 North New Jersey Street. He specialized in child diseases and had a full-time practice until the last year and a half when his health restricted his activity. 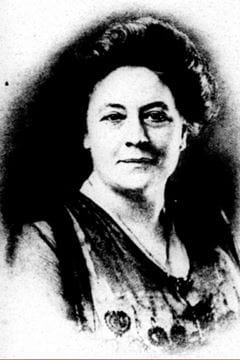 Dr. Amelia R. Keller was the first woman physician to serve on the faculty of Indiana University School of Medicine.

Of particular note is her significant work in women’s suffrage. It may be hard for us to envision now the position of women at this time in our history. The year 2020 marked the 100th anniversary of the 19th amendment granting women in the United States the right to vote and we should all thank Dr. Keller for her role in accomplishing this milestone. Other well known leaders of the suffrage movement in Indiana during this era were Zerelda G. Wallace, May Wright Sewall, Helen M. Gougar, Ida Husted Harper, Marie Stuart Edwards, and Grace Julian Clarke.

As President of the Indianapolis Equal Suffrage Society in 1909, Dr. Keller sought to invigorate and encourage other women and to demonstrate the potential of women as political leaders. She formed the Women’s School League and led a successful campaign to elect Mary E. Nicholson, the first woman in Indiana to be elected to political office, in this case, to the Indianapolis Board of School Commissioners in 1910.

By replacing the “School” in its name with “Franchise,” the Women’s Franchise League could expand its efforts to give women the chance to vote in other types of elections beyond school boards. Dr. Keller served as its first president and was re-nominated into that role each year from 1911-1917. The League grew across the state to 100 branches and became affiliated with the National Equal Women’s Suffrage Association. Dr. Keller also was the editor of the suffrage department column in the Citizen, a monthly magazine published by the Citizen’s League of Indiana.

As a prominent civic leader, Dr. Keller served as the first vice-president of the Indiana Federation of Clubs from 1914-16 and then went on to chair its legislative committee. She was a member and President of the Local Council of Women, a charter member of the Rotary Club in Indianapolis and President of the Women’s Rotary Club. Influential leaders of the day, including women’s suffrage leaders, civic organization representatives and well known social reformers, like Jane Addams, and Indiana Governor James P. Goodrich, for whom she was his family’s physician, gathered at her home. She was active in Indiana politics until her death in 1943 and was buried in Crown Hill Cemetery in Indianapolis.

Dr. Keller’s footprints walked everywhere that she could to generate positive change for women and society. The dedication of her time, talents, and interests in service and leadership are an inspiration to future generations of physicians. 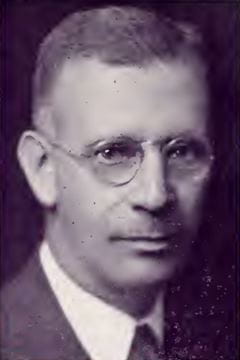 Today’s students, faculty, and alumni of the Indiana University School of Medicine (IUSM) offer many extraordinary examples of compassionate medical care and service to underserved populations in the United States and around the world. But look back to the IUSM’s earliest days to Dr. Oscar Noel Torian, one of the first IUSM physicians to specialize in pediatrics and who practiced for 62 years. His example still inspires us to use our time and expertise well as physicians during our medical careers and retirement to continue to care for people who desperately need medical care.

Oscar Noel Torian was born in Evansville, Indiana on October 6, 1875, graduated from the University of the South in Sewanee, Tennessee, in 1896 and earned his medical degree from the University of Pennsylvania medical school in 1900. Dr. Torian served on the faculty of the IUSM from its very beginning in 1908 as an Assistant Professor of Pediatrics until when he “retired” as a Professor of Pediatrics emeritus in 1941. Records of the James Whitcomb Riley Memorial Association show that Dr. Torian was one of a half dozen medical professionals that the Joint Executive Committee, made up of representatives from the Association and Indiana University, consulted for advice on what the design of the James Whitcomb Riley Hospital for Children should look like. Dr. Torian not only was a member of the original Pediatrics Department for the Indiana University School of Medicine in 1908; he also was a member of the original medical team for the James Whitcomb Riley Hospital for Children when the hospital opened in 1924. His contributions and leadership were recognized with an Honorary Doctor of Law from Indiana University in 1951.

Dr. Torian and his wife, Sarah Hogsdon Torian, left Indiana in 1941 upon his retirement and returned to a place they both loved, Sewanee, Tennessee. The pressing needs for medical care by children in Sewanee’s rural Franklin County drove his caring heart immediately back to work as a pediatrician for the next thirty years.

From 1941 until his death on March 29, 1971 when he was 95 years old, Dr. Torian, recognized as the “Albert Schweitzer of the Sewanee,” provided free medical treatment – as well as bandages, medicine, and prescriptions – to families too poor to pay for medical care. Dr. Torian treated hundreds of babies in the Emerald-Hodgson Hospital (the only fully-equipped children’s hospital between Nashville and Chattanooga). When people who could afford it began to pay him, those fees were later put into “The Children’s Fund,” a large-scale fund raising project to build Dr. Torian’s dream – a 12 bed children’s wing for the Emerald-Hodgson Hospital. The fund raising project launched into full swing with its first donation of $18,000 from Josiah Kirby Lilly, Jr. of the Eli Lilly Company in Indianapolis. Dr. Torian had taken care of the Lilly family’s children in Indianapolis and had become a family friend. By September 1950, Dr. Torian’s dream was realized and the first Children’s Wing was built and opened.

Once the Children’s Wing was built, Dr. Torian didn’t stop there. He continued to practice as a pediatrician and devoted his efforts to raising a $300,000 endowment to secure the permanence of his work to create a model 12-bed children’s wing in Emerald-Hodgson Hospital. When he died in 1971 at age 95, the $300, 000 endowment had doubled in size.

Dr. Oscar Noel Torian’s example endures as a powerful reminder that no matter where you are at in your career or retirement as a physician, you do all that you can to assure that people everywhere have access to and receive the medical care they need.