Inspired by the Legacy of Ryan White 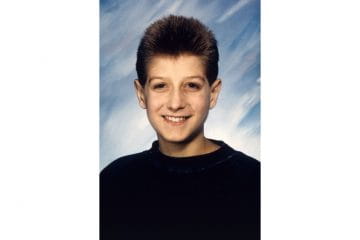 The Ryan White Center for Pediatric Infectious Diseases and Global Health is named after Ryan White, the first child to speak out about HIV infection in the United States. When Ryan contracted the disease due to a blood transfusion, he gave a face to this very feared and misunderstood disease. His willingness to bring awareness of HIV to the public led to enhanced education and substantial progress in HIV research and care.

Martin Kleiman, MD, founder of the Division of Pediatric Infectious Disease at IU School of Medicine, was Ryan’s doctor. Kleiman worked with Ryan and his mother, Jeanne White, to give Ryan the best care possible in those years before effective medication against HIV was available.  Ryan White died in 1990.

In 1991, the Indiana University Dance Marathon was started by Jill Stewart Waibel, MD, a close friend of Ryan’s, as a way to honor the memory of a young man that taught many around him the value of love and courage. Since 1991, the Indiana University Dance Marathon has grown to become the second largest student-run philanthropic organization in the United States and the country’s largest Children’s Miracle Network Dance Marathon. Every year, more than 1200 students work year-round to raise funds. This event has raised more than $20 million for the Ryan White Center for Pediatric Infectious Disease and Global Health.

Demonstrating Commitment “For the Kids”

The Ryan White Center for Pediatric Infectious Disease and Global Health is proud to build on the legacy of Ryan White, Jeanne White and Martin Kleiman and is grateful to the many students and donors who have provided the extraordinary opportunity to improve the health of children. The Center honors that commitment with world-class clinical care, research and education in pediatric infectious disease that makes a difference for kids in Indiana and around the world. As the students say every year, we do it “For The Kids.”