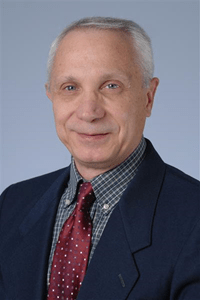 INDIANAPOLIS—Researchers from Indiana University School of Medicine and the University of Toronto have been awarded a five-year, $3.5 million grant from the National Institute on Aging (NIA) to identify new neurodegenerative disorders that are often misdiagnosed as other conditions.

Neurogenerative diseases occur when protein aggregates, such as tau protein aggregates, are present. These diseases, such as progressive supranuclear palsy (PSP) and Alzheimer’s disease, are called tauopathies. PSP primarily affects movement and is the most common atypical parkinsonian disorder, for which there is no effective therapy or treatment. Using this grant, researchers will study the structure of tau in a cohort of PSP cases to find new tauopathies that are different from PSP.

“We hope to identify these new tauopathies through analysis of network vulnerability, tau structure and propagation,” said Ruben Vidal, PhD, Luella McWhiter Martin Professor of Clinical Alzheimer’s Research at IU School of Medicine and principal investigator of the program. “This will hopefully lead us to better clinical diagnosis of neurodegenerative disorders as well as staging and prognosis of PSP and related dementias.”

Recently, significant progress in characterizing protein deposits from human brain has been made due to advances in cryo-electron microscopy (cryo-EM). Analysis of brains from patients diagnosed with PSP by cryo-EM has led to the discovery of novel conditions, with tau structures that are different from the tau structure found in PSP.

“We already detected two conditions grouped under the disease PSP, but they are different diseases,” Vidal said. “This study will help us decrease the number of patients misdiagnosed with PSP. This is important for treating these patients and for future clinical trials for PSP, because they may have a different response to the agent being tested.”

In addition to Vidal, principal investigators of the program include Bernardino Ghetti, MD at the IU School of Medicine Department of Pathology and Laboratory Medicine and Gabor Kovacs, MD, PHD, at the University of Toronto.