Urologists at IU School of Medicine Department of Urology are researching new surgical techniques to treat kidney cancer that cause minimal damage to a patient’s kidney. With the increase in availability and use of robotic assistance, partial nephrectomy (PN) is used regularly to treat small renal masses. Researchers developed a way of predicting how much of the kidney would be removed by resection when performing a partial nephrectomy through a Single Slice Equation. Volume loss in the kidney can be caused by multiple surgical steps including: resection, ischemia (clamping the renal artery), and reconstruction (sutures to close the defect left after tumor removal).

Estimated healthy margin volume loss during partial nephrectomy using the single-slice equation for both a typical exophytic tumor (A) and a less common endophytic tumor (B). The volume loss varies widely depending on 3 variables: exophytic/endophytic, tumor diameter, and resection margin. 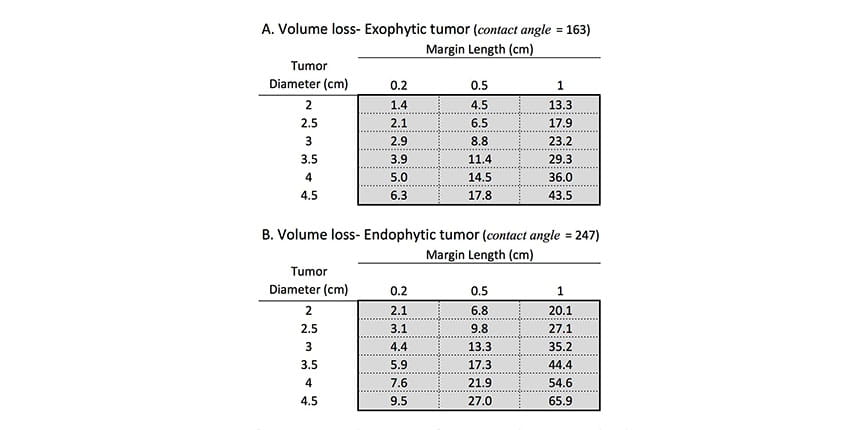