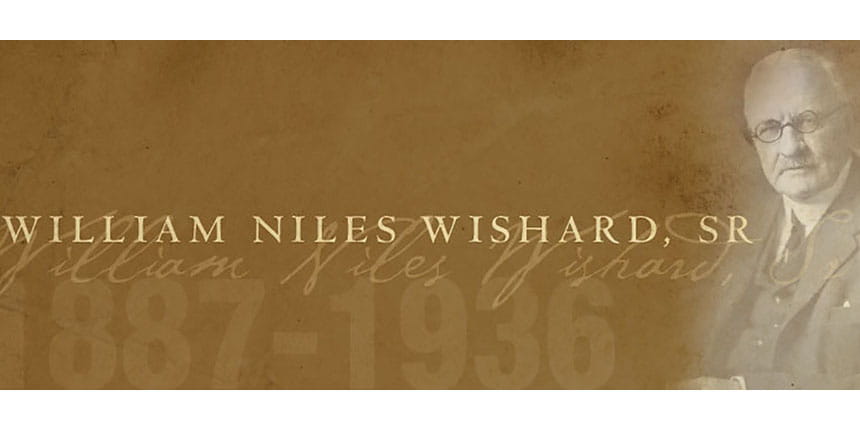 William Wishard, MD’s interest in Urology came in 1880 following the death of a patient with urinary retention. An autopsy revealed an almost pedunculated median lobe and Wishard was impressed that removal of this might have averted death.

From 1879 to 1887, Wishard was superintendent of the City Hospital, which had fallen into disrepair after the civil war. Wishard was successful in securing $60,000 and directing the addition of three buildings and a nursing school. A century later, the Marion County General Hospital took its name from him. It’s now known as Sidney & Lois Eskenazi Hospital.

Shortly after leaving the City Hospital in 1887, Wishard completed post-graduate work in urology in New York, studying at the Polyclinic Medical School under Eugene Fuller, MD, F. R. Sturgis, MD and Edward Keyes, MD. He would later travel to Europe to visit the Berlin International Medical Conference, further demonstrating his love of learning.

Wishard founded the department of Urology in 1887 and served as chief for 49 years. After Wishard declined a position in general surgery at Indiana Medical College and was asked to be chair of a new department of genitourinary surgery, Dean Marsee retorted, “Why, William, what on earth do you want that for? You will be nothing but a respected venereologist.” However, he gave him the chair. During this time, he was one of the fathers and great innovators of the field. He arguably performed the first cautery of the prostate done under direct vision in 1890 using a perineal approach. He went on to develop novel techniques, cystoscopes and endoscopic instruments. His soft-nosed rubber catheter was perhaps the most widely used tool until the Foley catheter in 1935.

Wishard was fortunate to have talented partners that formed the “Wishard, Hamer, Mertz” urology group. Homer G. Hamer, MD went on to serve as the 24th president of the national American Urologic Association and as president of the American Association of Genitourinary Surgeons in 1942. Henry O. Mertz, MD was recruited from LaPorte, IN in 1918 and became the second chair of the IU School of Medicine Department of Urology in 1936.

Wishard’s family and church held parallel devotions to medicine. William Wishard, MD, Jr commented, “a more devoted husband and father never lived” and “[his travels were] the only thing which interrupted his place at the head of the family table.” When President Benjamin Harrison died, Wishard was elected to his position as elder of the first Presbyterian Church of Indianapolis, which he served for 40 years. Upon Wishard’s death, Townsend commented, “He will be one of our symbols of the victory of immortality over mortality. Those who were only acquainted with Wishard respected him; those who came in close touch admired him; those who knew him well loved and revered him.” 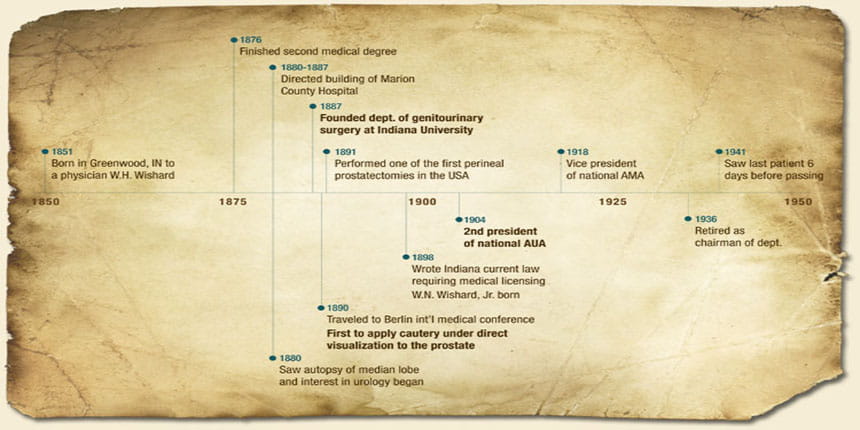