INDIANAPOLIS — More than 3 million Americans have glaucoma, a serious eye condition causing vision loss. Using human stem cell models, researchers at Indiana University School of Medicine found they could analyze deficits within cells damaged by glaucoma, with the potential to use this information to develop new strategies to slow the disease process.

The study, published June 11 in Stem Cell Reports, focused on targeting genetic mutations within retinal ganglion cells, which serve as the connection between the eye and the brain. Researchers found that when differentiating pluripotent human stem cells into retinal ganglion cells, they were able to identify characteristics associated with neurodegeneration in glaucoma.

“Once you’ve identified a target like this—what’s going wrong in the cells—this opens up a number of possibilities for the eventual development of therapeutic approaches, especially pharmacology approaches to slow down and reverse these degenerative phenotypes,” said Jason Meyer, PhD, associate professor of medical and molecular genetics at IU School of Medicine. 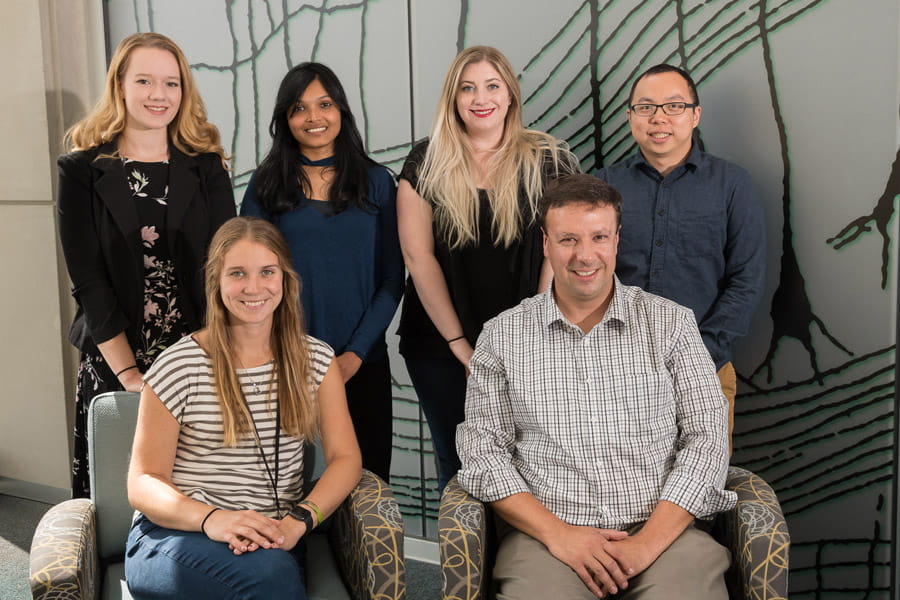 “One of the powerful things about (stem cell research) is when you get the cells from a patient that has a genetic basis for a disease, all of the blueprints are there in the cell’s DNA to develop features of the disease,” Meyer said.

They also used gene editing technology—CRISPR-Cas9—to introduce a genetic mutation commonly associated with glaucoma into existing lines of the stem cells for disease modeling, as well as to correct the gene defect in patient-derived cells.

“CRISPR/Cas9 gene editing approaches not only allowed us to study the disease, but using this approach we were also able to show how correcting the gene mutation reversed the disease, demonstrating the potential for gene therapy approaches as well,” Huang said.

Meyer said the team discovered dysfunction in the process of autophagy, the body’s way of removing damaged cells to regenerate healthy cells.

“We found that in the glaucoma patient cells, there are some deficits in this autophagy process, so you had too much cellular junk that was being built up,” Meyer said, adding that those deficits correlated with the degeneration of the cells, which would shrivel up and eventually die off.

Using a pharmaceutical compound called rapamycin—which is known to boost the process of autophagy—Meyer said they found that many of the neurodegenerative characteristics they had previously identified slowed down and the cells seemed to recover and appear more normal. 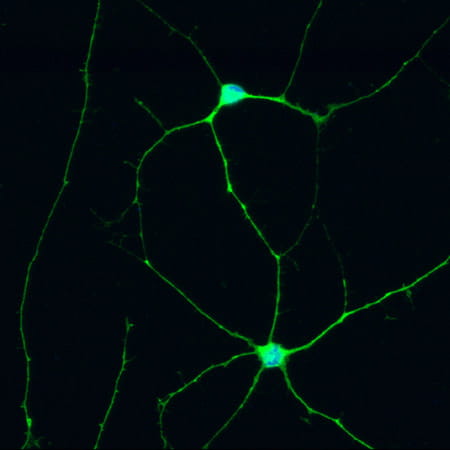 “Since they are human cells, it gives somewhat of a more representative model for us to test pharmacological compounds,” VanderWall added, “and it gives us a better idea of how it could potentially be toxic or nontoxic to human cells compared to testing compounds in animals.”

Meyer said having identified a target within the cells—the process of autophagy—the lab’s ongoing work will focus on analyzing ways to use different types of pharmaceutical compounds for treatment of glaucoma. As is the case for many neurodegenerative diseases, such as Alzheimer’s and Parkinson’s diseases, there are very few treatments, if any, and no cures.

“There is a dire need to try and identify new approaches to treat these diseases,” Meyer said.

Grant support for this research was provided by the National Eye Institute, the Indiana Department of Health Spinal Cord and Brain Injury Research Fund and the Indiana Clinical and Translational Sciences Institute.