On 'Sound Medicine': Pressure to secure medical research funding, and 'The Fault in Our Stars' author 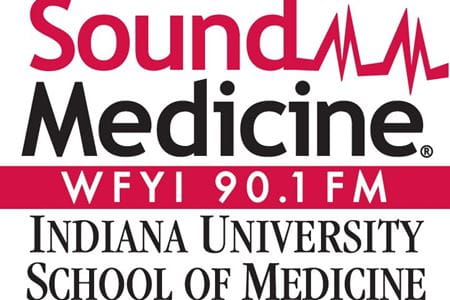 Who is accountable for research fraud involving federal funds? Kenneth Jones saw his career at Harvard come to an end after he filed a whistle-blower lawsuit against Harvard Medical School, alleging fraud in a long-standing Alzheimer’s study on which he worked as chief statistician. The study was supported by a grant from the National Institutes of Health.

This historic case was filed under the False Claims Act, which allows individuals to sue on the government’s behalf to recover federal funds issued under false pretenses, such as procuring federal funds for continuing research with fraudulent preliminary data. This case is one of the first to move forward through the courts system. Michael Kohn, the lead attorney representing Jones, hopes to set a precedent with this case because others filed under the False Claims Act have been limited by the belief that scientists are simply disputing a scientific claim, not committing fraud. In a special field piece, Shia Levitt discusses the background behind this lawsuit and interviews Kohn.

In a related segment, Eric Meslin, M.D., director of the IU Center for Bioethics, discusses the prevalent feeling of intense pressure among medical researchers to produce results that will secure continued funding. An increased level of importance is awarded to preliminary data in the grant proposal process, resulting in increased stress and scrutiny for everyone involved in the research process. This increased scrutiny has been blamed for unethical behavior and questionable methods among researchers.

Are vitamin D supplements beneficial to postmenopausal women? In contrast to previous recommendations, the U.S. Preventive Services Task Force is now recommending that healthy postmenopausal women refrain from taking low-dose calcium and vitamin D supplements. Theresa Rohr-Kirchgraber, M.D., executive director of the IU National Center of Excellence in Women’s Health, discusses the new recommendations and the value of such supplements for bone health in women and men.

How do teenagers interpret the cancer experience? “The Fault in Our Stars” is being heralded as a masterpiece of young adult fiction, but according to many reviewers, it has the potential to connect with readers beyond the young adult audience. Its plot depicts the journey of an Indiana girl, Hazel Lancaster, who is battling cancer with an unfailing sense of irony and finds love with Augustus Waters, a boy in remission from cancer who she meets in a cancer support group. In an uncharacteristic fashion for a so-called cancer book, Hazel provides a refreshingly honest and mature insight into her experience as a cancer patient. Cancer booklets and websites are wrong, says Hazel, who has terminal thyroid cancer: “Depression is not a side effect of cancer. Depression is a side effect of dying.”

John Green, author and “The Fault in Our Stars” and recipient of the National Author Award in the 2012 Eugene and Marilyn Glick Indiana Authors Award competition, visits “Sound Medicine” to share his inspiration behind his novel and his thoughts on clichés associated with cancer patients.