Selling Out to Stop ALS

Sherry and Mike Sonneborn gave up their retirement home to fund research to halt the neurodegenerative disease. 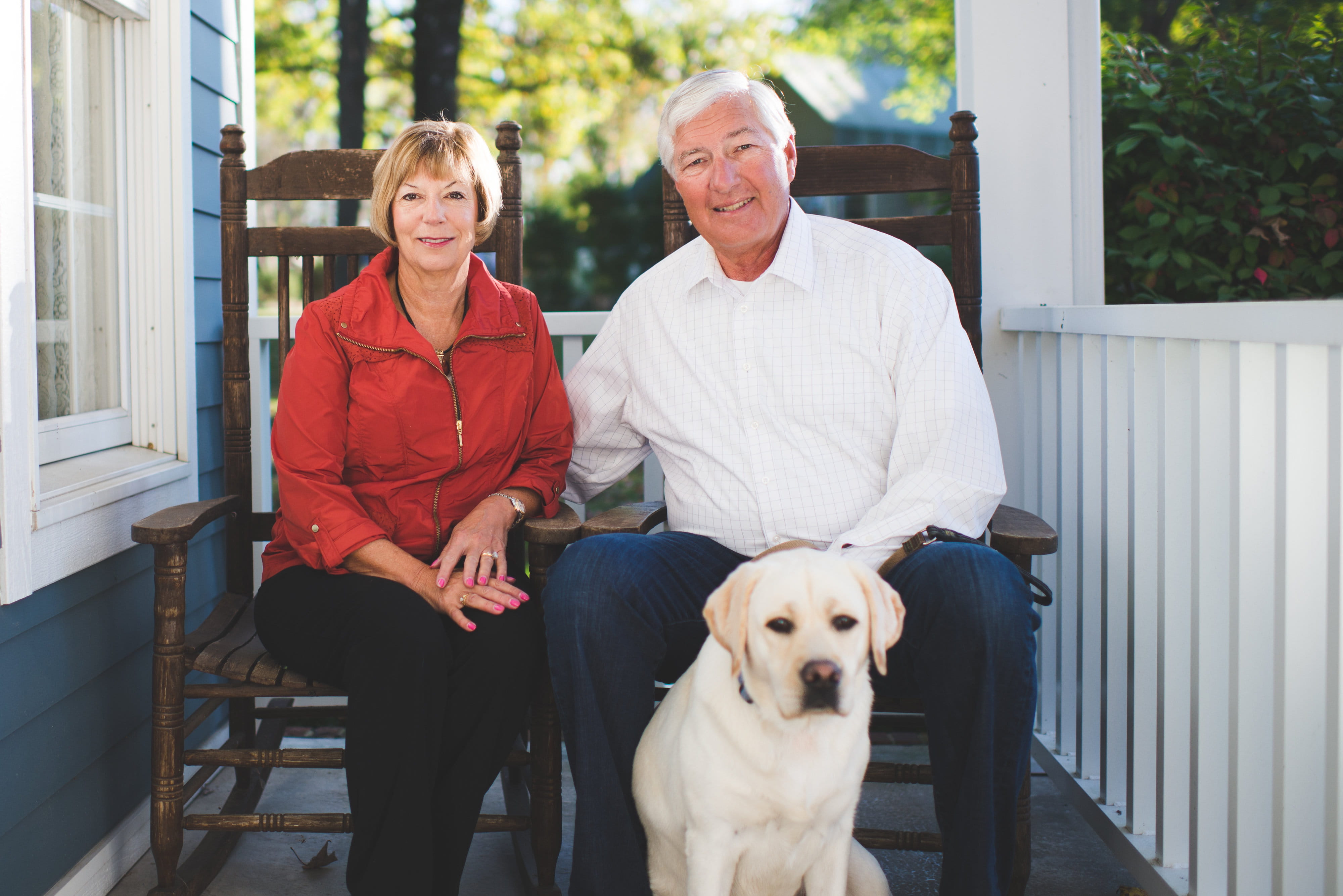 SHERRY AND MIKE SONNEBORN had just retired—she from decades in nursing, he from a successful business career—with plans to enjoy their grandchildren and spend winters at a home they had bought in Florida. Then, the Bloomington couple received some news that altered everything.

“I’m going to call it a classic story. We were getting ready to do our thing for the next couple of decades,” said Mike Sonneborn. “Life changed course for us.”

Faced with a new reality, the Sonneborns sold their home in Florida and used the money as part of their gift to create a new position at Indiana University School of Medicine, one dedicated to slowing or stopping ALS, even if solutions won’t come in time to help Sherry.

“This is what we felt like we could do and the best path for us—helping those in the future,” Sonneborn said.

They established the Sherry L. Sonneborn Chair in ALS Research, a position filled earlier this year by Brian Pierchala, PhD, a researcher who says meeting the Sonneborns has affected him personally and inspires his work.

“I feel like it’s given me a greater level of urgency and focus and feeling of vigor on this problem,” he said.

Robert Pascuzzi, MD, chair of the Department of Neurology at IU School of Medicine, confirmed Sherry’s initial diagnosis and has participated in ALS awareness events with the family. He said he has the deepest respect and admiration for the Sonneborns, and he called their gift a “bold step.”

“The Sonneborns are an essential part of our team, and their participation puts us in a place where we have a real chance to understand, prevent and fix ALS,” he said.

Pierchala has spent much of his career studying nerve cells. Eventually, he came to focus on motor neurons, which carry signals to muscles that enable them to move.

The trouble with ALS is that it causes the patient’s motor neurons to degenerate prematurely for reasons that are largely still unclear. Pierchala has been studying what causes these motor nerves to degenerate in ALS, and how that can be corrected.

Funding for the Sonneborn Chair will not only support Pierchala, a recent recruit from the University of Michigan, but also his lab. It will allow him to test some new theories that government grants aren’t always available to support.

“It enables me to go after higher risk projects because I have this cushion to fall back on that I can count on,” Pierchala said.

Pierchala said treatments for the disease–and a potential cure–are likely still years away. But he says there are signs of promise in recently identified gene mutations that could be targets for therapy.

Pascuzzi said IU School of Medicine has tremendous facilities, resources and leadership for ALS work, and ongoing collaborations with other experts around the world. The new Sonneborn Chair adds an important new piece.

It enables me to go after higher risk projects because I have this cushion to fall back on that I can count on.

“Dr. Pierchala will be the coach, the captain of the ship, the thought leader-extraordinaire who will organize, design, galvanize and conduct research to understand this disease and get us to a new level of management and treatment options,” Pascuzzi said.

ALS afflicts one in 10,000 people. While those numbers are smaller than Alzheimer’s or Parkinson’s diseases, the effects of the disease are devastating for patients and their families.

The course of the disease varies from patient to patient, and so does the length of survival. It is a disease that can take away the patient’s ability to walk, speak, swallow and eventually breathe. The average survival time is three years, but there are instances, such as with theoretical physicist Stephen Hawking, where patients lived with ALS for decades.

For Sherry Sonneborn, the disease has cost her the use of her legs and arms, and she is confined to a wheelchair, Mike said. The Sonneborns had looked forward to watching the progress of their grandchildren, but Sherry’s limited mobility has made that difficult.

Since Sherry’s diagnosis, the Sonneborns have participated in ALS awareness and inspired fundraising efforts in Bloomington, including an ice bucket challenge. Pierchala said the Sonneborns are “special people” for looking beyond themselves to help others.

“That kind of generosity to me says this is something that shouldn’t be taken lightly. And I feel incredibly fortunate,” Pierchala said.

For all their personal obstacles, the Sonneborns are hopeful that the biggest gift of their lives—the gift they made to fund the chair named for Sherry and now held by Pierchala—will bring progress.

“Dr. Pierchala’s research on neuron degeneration and regeneration gives us some confidence that he will unlock this mystery of ALS and neurodegenerative disease,” Mike said.

To learn more about and support neurodegenerative disease research at IU School of Medicine, contact Patrick Schaecher at pschaech@iu.edu or 317-278-4142.