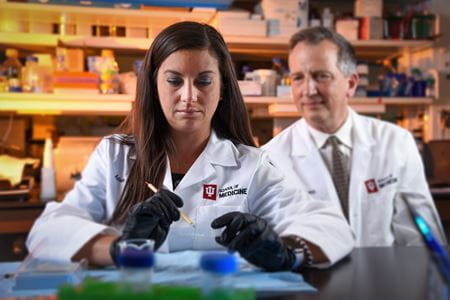 INDIANAPOLIS—Indiana University School of Medicine researchers are studying how the reduction of a gene variant found in the brain’s immune cells could diminish the risk of late-onset Alzheimer’s disease.

The research team, led by Adrian Oblak, PhD, assistant professor of radiology and imaging sciences, and Peter Bor-Chian Lin, a PhD candidate in the Medical Neuroscience Graduate Program at Stark Neurosciences Research Institute, recently published their findings in Alzheimer’s & Dementia: The Journal of the Alzheimer’s Association.

They focused their investigation on INPP5D, a microglia-specific gene that has been shown to increase the risk for developing late-onset Alzheimer’s disease. Microglia are the brain’s immune cells and there are multiple microglial genes associated with neurodegeneration. 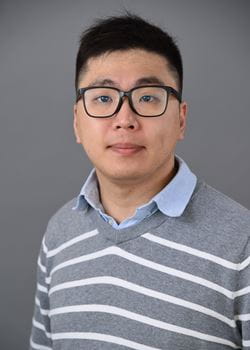 The gene deficiency also led to the preservation of cognitive function in the lab models. By reducing the expression of the gene in the brain, it created a less neurotoxic environment and improved the movement of microglia—which act as the first line of defense against viruses, toxic materials and damaged neurons—to clear amyloid deposits and plaques.

“These findings suggest that mitigating the function of INPP5D can result in a protective response by diminishing disease risk and mitigating the effect of amyloid beta induced pathogenesis,” Lin said.