INDIANAPOLIS—Researchers at Indiana University School of Medicine are learning more about how a person’s genes play a role in the possibility they’ll suffer from alcoholic cirrhosis with the discovery of a gene that could make the disease less likely.

Alcoholic cirrhosis can happen after years of drinking too much alcohol. According to the researchers, discovering more about this illness couldn’t come at a more important time. 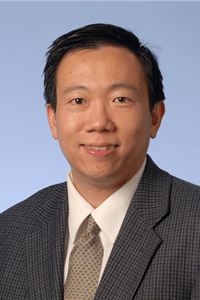 “Based on U.S. data, alcohol-associated liver disease is on the rise in terms of the prevalence and incidents and it is happening more often in younger patients,” said Suthat Liangpunsakul, MD, professor of medicine, dean’s scholar in medical research for the Department of Medicine Division of Gastroenterology and Hepatology, and one of the principal investigators of the study. “There’s a real public health problem involving the consumption of alcohol and people starting to drink at a younger age.”

The team describes their findings in a new paper published in Hepatology. The GenomALC Consortium was funded by the National Institutes on Alcohol Abuse and Alcoholism (NIAAA), part of the National Institute of Health (NIH). This genome-wide association study began several years ago and is one of the largest studies related to alcoholic cirrhosis ever performed. DNA samples were taken from over 1,700 patients from sites in the United States, several countries in Europe and Australia and sent to IU School of Medicine where the team performed the DNA isolation for genome analysis. The patients were divided into two groups—one made up of heavy drinkers that never had a history of alcohol-induced liver injury or liver disease and a second group of heavy drinkers who did have alcoholic cirrhosis.

“Our key finding is a gene called Fas Associated Factor Family Member 2, or FAF2,” said Tae-Hwi Schwantes-An, PhD, assistant research professor of medical and molecular genetics and the lead author of the study. “There’s this convergence of findings now that are pointing to the genes involved in lipid droplet organization pathway, and that seems to be one of the biological reasonings of why certain people get liver disease and why certain people do not.” 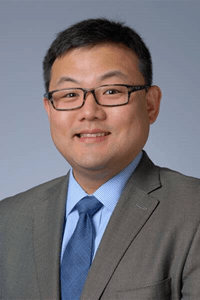 The researchers are anticipating to study this gene more closely and looking at its relationship to other, previously-discovered genes that can make a person more likely to develop alcoholic cirrhosis.

“We know for a fact those genes are linked together in a biological process, so the logical next step is to study how the changes in these genes alter the function of that process, whether it’s less efficient in one group of people, or maybe it’s inhibited in some way,” Schwantes-An said. “We don’t know exactly what the biological underpinning of that is, but now we have a pretty well-defined target where we can look at these variants and see how they relate to alcoholic cirrhosis.”

As their research continues, the team hopes to eventually find a way to identify this genetic factor in patients with the goal of helping them prevent alcoholic cirrhosis in the future or developing targeted therapies that can help individuals in a more personalized way.

Liangpunsakul is also an associate chief of staff for research at the Richard L. Roudebush Veterans Administration Medical Center in Indianapolis. Tatiana Foroud, PhD, executive associate dean for research affairs for IU School of Medicine, is another senior author of the study. Timothy Morgan, MD, professor of medicine at the University of California-Irvine and chief of hepatology at the Veterans Administration Long Beach, and Devanshi Seth, MD, clinical associate professor at the University of Sydney, Australia are also co-principal investigators of this project.

For more information about the GenomALC Consortium, visit genomalc.org. You can also read the full published paper on the American Association for the Study of Liver Diseases Hepatology website.