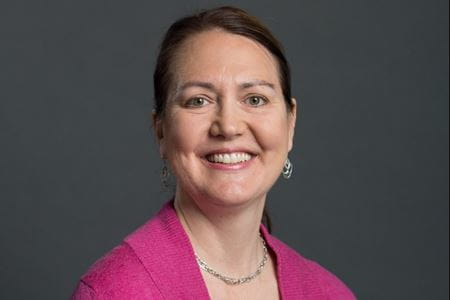 Nearly half of the 13 million older adults hospitalized annually in the United States are unable to make their own medical decisions and rely on surrogates, usually close family members, to make decisions for them. However little is known about how these surrogates respond to the demands put upon them. A new study from the Indiana University Center for Aging Research and the Regenstrief Institute explores predictors and frequency of surrogate decision-maker distress and has found high levels of both anxiety and depression.

The researchers report that provision of high levels of emotional support to surrogates during their family member’s hospitalization was associated with more effective decisions and lower surrogate anxiety, depression and post-traumatic stress.

While emotional support (such as, “hospital staff really listened to me when we talked”) was associated with decision quality, surprisingly provision of information (“I [surrogate] received as much detail about my loved one’s care as I needed”) was less important.

The researchers note that their study provides a detailed look at the relationship between clinician communication and psychological well-being of the family member. While this observational study does not prove causation, it raises the question of whether improved emotional support of surrogates could lead to both better decisions for the patient and better psychological outcomes for the surrogate.

“As the population ages and more and more family members are thrust into the role of surrogate decision makers, appropriately supporting these family members will become a public health imperative,” she said. Dr. Torke is the associate division chief of general internal medicine and geriatrics at IU School of Medicine and is also affiliated with the IU Health Fairbanks Center for Medical Ethics and Daniel F. Evans Center for Spiritual and Religious Values in Healthcare.

As many as 15 percent of the surrogate decision makers were found to suffer from clinically high levels of anxiety, depression or post-traumatic stress even six to eight weeks after the family member’s hospitalization. Some of the surrogate distress experienced during the acute illness resolved, but remained high for over 10 percent of surrogates. Surprisingly, anxiety and depression was not significantly higher for those making decisions for ICU patients than for other inpatients.

“Even though high quality information is associated with overall satisfaction with the hospital stay, information without emotional support may be harmful to surrogates,” said Dr. Torke. “Improved emotional support could lead to both better decisions for the patient and better psychological outcomes for the surrogate. Physicians, nurses, chaplains and social workers can provide emotional support to family members. This study points to the fact that this support is very important.”

“Communication Quality Predicts Psychological Wellbeing and Satisfaction in Family Surrogates of Hospitalized Older Adults: An Observational Study” is published online in advance of print in Journal of General Internal Medicine. The study was funded by the Research in Palliative and End-of Life Communication and Training (RESPECT) Center at IUPUI and The National Institute on Aging (R01 AG044408).