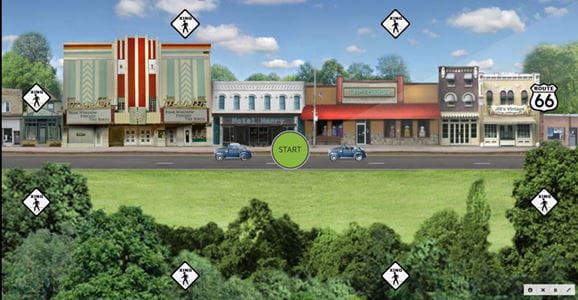 Aging research specialists have identified, for the first time, a form of mental exercise that can reduce the risk of dementia.

The proportion of participants who underwent the training and later developed dementia was significantly smaller than among those who received no cognitive training, the researchers said.

There were measurable benefits even though the amount of training was small and spread out over time: 10 one-hour sessions over six weeks initially and up to eight booster sessions after that.

“We would consider this a relatively small dose of training, a low intensity intervention. The persistence – the durability of the effect was impressive,” said Dr. Unverzagt, who explains more in a Q&A blog post.

Results from the Advanced Cognitive Training in Vital Elderly – ACTIVE – study of 2,802 older adults were recently reported in Alzheimer & Dementia Translational Research and Clinical Interventions, a peer-reviewed journal of the Alzheimer’s Association.

The researchers, from IU, the University of South Florida, Pennsylvania State University and Moderna Therapeutics, examined healthy adults aged 65 years and older from multiple sites and who were randomly assigned to one of four treatment groups:

After attrition due to death and other factors, 1,220 participants completed the 10-year follow-up assessment. During that time, 260 participants developed dementia. The risk of developing dementia was 29 percent lower for participants in speed of processing training than for those who were in the control group, a statistically significant difference. Moreover, the benefits of the training were stronger for those who underwent booster training. While the memory and reasoning training also showed benefits for reducing dementia risk, the results were not statistically significant.

Dr. Unverzagt noted that the speed of processing training used computerized “adaptive training” software with touch screens. Participants were asked to identify objects in the center of the screen, while also identifying the location of briefly appearing objects in the periphery. The software would adjust the speed and difficulty of the exercises based on how well participants performed.

In contrast the memory and reasoning programs used more traditional instruction and practice techniques as might occur in a classroom setting.

In addition to Dr. Unverzagt, researchers involved in the study were first author Jerri D. Edwards of the University of South Florida, Huiping Xu and Daniel O. Clark of IU School of Medicine, Lin T. Guey of Moderna Therapeutics of Cambridge, Mass., and Lesley A. Ross of the Pennsylvania State University.