Don Brown to give 2017 commencement address 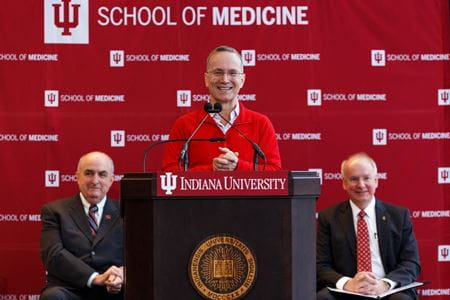 Donald E. Brown, MD, and Indianapolis tech entrepreneur, will give the 2017 commencement address at Indiana University School of Medicine.

Dr. Brown received a Bachelor of Science in physics from Indiana University Bloomington in 1978 and later enrolled in a combined MD/PhD program with the intent of becoming a laboratory researcher. He later switched his focus to computer science, earning a Master of Science in computer science in 1982 before finishing medical school in 1985.

Indiana University School of Medicine commencement will be held on Saturday, May 13, 2017, in the Sagamore Ballroom at the Indiana Convention Center.