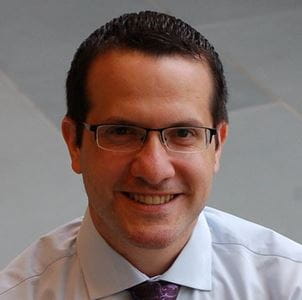 INDIANAPOLIS – Asking three questions of parents of 5- to 12-year-olds in the waiting room before a pediatrician visit may make a lifetime of difference for their child, according to a new study from Regenstrief Institute and Indiana University investigators.

Positive answers to any of these screening questions alerts Child Health Improvement through Computer Automation (known as CHICA), a computer-based decision support system developed by Regenstrief and IU researchers to deliver personalized evidence-based recommendations to the child’s physician at the time and point of care to further test for attention deficit/hyperactivity disorder according to American Academy of Pediatrics guidelines.

Using CHICA to pre-screen for ADHD increased the likelihood that pediatricians screened for and documented appropriate, evidence-based criteria to diagnose ADHD, and made them more likely to seek more information from parents and school. It also made physicians more likely to screen for anxiety and depression.

“We know what to do for kids who have ADHD, but we don’t pick up kids early enough and we are missing too many,” said Regenstrief affiliated scientist Aaron E. Carroll, M.D., M.S., professor of pediatrics and director of the Center for Health Policy and Professionalism Research at the IU School of Medicine. “Despite the existence of authoritative guidelines to assist pediatricians and other primary care physicians in identifying and managing ADHD, there’s ample evidence that doctors, who are barraged with guidelines and other clinical demands, are diagnosing and treating this disorder suboptimally. Proper diagnosis and treatment can change the course of a child’s life.

“With CHICA doing the pre-screening, the physician is alerted to prioritize ADHD assessment and treatment guidelines. Our study found that with CHICA, doctors are significantly more likely to do so than those who don’t get such a recommendation.”  Dr. Carroll is first author of the study, which compared the actions of physicians who used CHICA to pre-screen for ADHD and physicians who used CHICA without an ADHD prescreening.

While this study was not designed to detect changes in ADHD care and management, the percentage of children who had documented medication adjustments, mental health referrals and visits to mental health specialists was higher among those whose parents were asked the three ADHD screening questions in the waiting room.

Originally paper-based, and now presented to parents on tablet computers, CHICA is an extension of the Regenstrief Medical Records System. RMRS is a computer-based inpatient and outpatient information system that contains more than 40 years of patient data and hundreds of millions of patient observations. RMRS includes an internationally respected physician reminder system that offers suggestions on appropriate diagnosis, tests and treatment management for each patient. CHICA has been designed to interface with any electronic medical record system.

“Doctors often must take care of issues brought up by parents during the visit and ignore other issues for which they have no trigger,” said Stephen M. Downs, M.D., M.S., Jean and Jerry Bepko Professor of Pediatrics and director of Children’s Health Services Research at the IU School of Medicine. Dr. Downs, an informatician, health services researcher and pediatrician, is senior author of the study. “Drawing upon parents’ responses to the pre-screener and the child’s electronic medical record, CHICA provides that trigger. We found that CHICA dramatically increases the likelihood that physicians document appropriate, evidence-based criteria to diagnose ADHD, rather than ‘flying by the seat of their pants.’”

ADHD is one of the most common childhood brain disorders, according to the National Institute of Mental Health. Symptoms include difficulty staying focused and paying attention, trouble with behavior control, and hyperactivity. ADHD, often problematic to diagnose in the short period of time a child spends with his or her pediatrician, can make it difficult for the child to succeed in school, operate in society or complete tasks.

In addition to Drs. Carroll and Downs, authors of “Use of a Computerized Decision Aid for ADHD Diagnosis: A Randomized Controlled Trial” are Regenstrief affiliated scientists Nerissa S. Bauer, M.D., MPH, and Vibha Anand, M.S., Ph.D.; Tamara M. Dugan; and Chandan Saha, Ph.D. All are with the IU School of Medicine

This study was supported by grant 5R01LM010031 from the National Library of Medicine.

The Regenstrief Institute is a distinguished medical research organization dedicated to improving the quality and effectiveness of health care. The institute is the home of internationally recognized centers of excellence in biomedical and public health informatics, aging, and health services and health systems research. Institute investigators are faculty members of the Indiana University School of Medicine, other schools at Indiana University-Purdue University Indianapolis, or Purdue University.