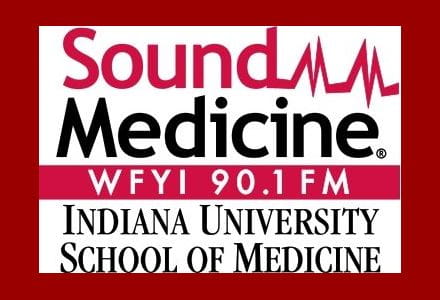 INDIANAPOLIS — The award-winning “Sound Medicine” announces its program for July 28, featuring segments about three new anticoagulants, an Affordable Care Act update, and the Human Genome Project’s impact on science in the past 10 years.

What’s new with the Affordable Care Act? Aaron Carroll, M.D., M.S., “Sound Medicine” health care policy analyst, talks with host Jill Ditmire about why the Obama administration is delaying implementation of the employer mandate section of the Affordable Care Act until 2015 and what that means for uninsured employees. The mandate forces all businesses with 50 or more full-time employees to provide health insurance or face steep fines. According to Dr. Carroll, the Affordable Care Act will be easier to implement because of delay. However, the absence of the employer mandate means the federal government will have to offer insurance to those full-time employees working at companies that don’t provide health insurance. On Oct. 1, information regarding insurance plans will be available online, and consumers will have until Jan. 1 to decide which plan they want to purchase. Dr. Carroll is a professor of pediatrics and assistant dean for research of the Children’s Health Services Research Program at Indiana University School of Medicine. He is also the director of the Center for Health Policy and Professionalism Research.

Could new anticoagulants replace Coumadin? Anticoagulants are used by millions of people every day to lower their risk of stroke. The most common blood thinner is warfarin, also known as Coumadin. In recent years, three new anticoagulants — Pradaxa, Eliquis and Xarelto — are threatening Coumadin’s status as the most prescribed anticoagulant. Richard Kovacs, M.D., clinical director for the Krannert Institute of Cardiology, stopped by “Sound Medicine” to talk about the benefits and drawbacks of these new medications. The three new anticoagulants target blood-clotting proteins and work immediately as opposed to Coumadin, which works through the liver and takes a few days to take effect. According to Dr. Kovacs, studies show that the new medications were just as effective in preventing strokes as Coumadin and put patients at a lower risk for bleeding. Dr. Kovacs is also a professor of clinical medicine and an associate dean of clinical research at the IU School of Medicine.

How’d that work? Epilepsy implant: Robert Worth, M.D., professor of neurological surgery at the IU School of Medicine, visits “Sound Medicine” to discuss how brain implant technology has helped those suffering from epilepsy. Dr. Worth first visited “Sound Medicine” in 2008 to discuss a clinical study designed to help reduce the symptoms of epilepsy by using a responsive neurostimulator system implant, referred to as an epilepsy pacemaker. The implant electrodes are placed deep within the brain where seizures originate; electrodes are then linked to a microprocessor that is implanted in the skull. The implant can sense when a patient is having a seizure and then releases mild electrical stimulation to suppress abnormal brain activity before seizure symptoms occur. The RNS technology was approved by the FDA in February, but a release date has not been determined. Deep brain stimulation has also been used in patients suffering from Parkinson’s disease and Alzheimer’s.

What have we learned from the Human Genome Project in the past 10 years? April marked the 10-year anniversary of the Human Genome Project’s completion. Medical geneticist David Wargowski, M.D., discusses how 10 years and $3 billion have influenced our knowledge of the human genome and advanced medical science. The Human Genome Project was launched in 1990 as a joint venture of the U.S. Department of Energy and the National Institutes of Health. Dr. Wargowski says the most important outcome has been advances in the study of genetics. Sequencing the first human genome cost about $1 billion and took 13 years. Today a genome can be sequenced in one or two days and costs an average of $5,000. Much of the information from the Human Genome Project has been used to identify people who are at risk for certain cancers. More recently, scientists have been learning more about gene regulation, which Dr. Wargowski hopes will help scientists learn more about cardiovascular diseases, Alzheimer’s and other genetic diseases.