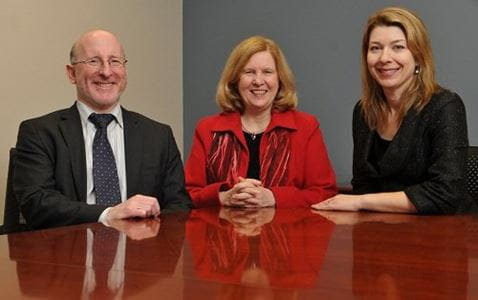 INDIANAPOLIS — Indiana University-Purdue University Indianapolis has selected the Research in Palliative and End-of-Life Communication and Training Center and the Institute for American Thought to receive IUPUI Signature Center designation. This distinguished recognition is based on the centers’ achievements during three-year funding under the Signature Centers Initiative Grant Program.

“The formal designation of the RESPECT Center and the Institute of American Thought as IUPUI Signature Centers is well-earned by the internationally recognized work of the faculty and staff,” IUPUI Chancellor Charles R. Bantz said. “The two centers together illustrate the range of scholarship at IUPUI — from translating research into practice for one of the most challenging times in a person’s life to leading literary and philosophical scholarship.”

“The Signature Centers Initiative has become a key cornerstone of the IUPUI research enterprise, playing an important role in enhancing research and scholarly activity, while fostering the development of research centers that are bringing national and international recognition and visibility,” said Kody Varahramyan, IUPUI vice chancellor for research.

Researchers at the RESPECT Center successfully brought in over $22 million in funding to support research to grow the knowledge base around communication about palliative and end-of-life care, according to Susan Hickman, Ph.D., of the School of Nursing, a co-director of the newly designated signature center.

The RESPECT Center hosted a statewide conference in March that focused on evidence-based palliative and end-of-life care, attracting 145 professionals from across the state. A second conference is planned for March 2014.

The RESPECT Center also provided support for the Indiana Patient Preferences Coalition, which led to the passage of the Indiana Physician Orders for Scope of Treatment Act, which took effect July 1. This communication tool documents patient preferences in the form of physician orders.

“Achieving Signature designation is an honor that is [both] a recognition of the work of RESPECT Center investigators and the importance of this topic,” Hickman said. “Researchers on the IUPUI campus are committed to improving the care of seriously ill patients and their families through evidence-based approaches. We are extremely honored to support investigators in honoring that commitment.”

The Institute for American Thought , part of the IU School of Liberal Arts at IUPUI, is home to five scholarly editions publishing critical, authoritative texts of three American philosophers, Charles Peirce, Josiah Royce and George Santayana; former slave and abolitionist Frederick Douglass; and American fantasy writer Ray Bradbury. The institute preserves, researches and publishes the papers and works for these scholarly editions, all of which have a global audience and international reputations. The institute also sponsors two academic programs: American Studies and a graduate certificate in Professional Editing.

“The funding provided through the Signature Centers Initiative allowed the institute to pursue the development of a content management system, which can be used by critical editions like those being done here at IUPUI,” said David E. Pfeifer, an original Signature Centers Initiative funding awardee and former Institute of American Thought director.

“This funding prepared the ground for receiving a National Endowment for the Humanities digital humanities start-up grant,” he said. “The application, called STEP for Scholarly Text Editing Platform, is being tested within the Peirce Edition and will be presented this fall to NEH, who will release the open-access platform to the public for its adaptation and use.”

The dissemination platform will become an online resource within which scholars can comment on the texts, the editing of the texts and the work of each other. It will benefit text editors in Indiana and the nation, said Marianne S. Wokeck, who became the director of the Institute for American Thought on July 1.

“The significance of this work is that it makes editing transparent and collaborative; all the editors of a text can review all the work online at any time and track the changes being made,” said Wokeck, also Chancellor’s Professor of History and former School of Liberal Arts associate dean for academic affairs.

According to Pfeifer, this content management development is but one aspect of the work of the Institute for American Thought. The library and archival resources associated with the editions and housed in the institute attract visiting researchers from across the nation and around the globe.