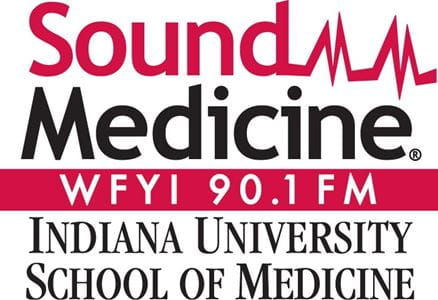 Is controversial morning sickness medication safe? In 1983, a morning sickness medication called Bendectin was taken off the market after hundreds of lawsuits claimed the drug caused birth defects. According to Men-Jean Lee, there was no scientific evidence linking Bendectin to birth defects, but distributor Merrell Dow bowed to pressure and pulled it from the market. After rigorous re-testing, the Food and Drug Administration re-approved the drug, but under the new name Diclegis. Dr. Lee assures patients and listeners that Diclegis is completely safe and says she has no qualms about prescribing it. Dr. Lee is the director of maternal-fetal medicine at the Indiana University School of Medicine.

How did the ACCORD study work? The newest installment in the “Sound Medicine” “How’d That Work?” series examines the federally funded ACCORD study, which looked at more than 10,000 middle-aged men with Type 2 diabetes and high cardiovascular risk factors. In February 2008, the study was ended because early results showed that strictly controlling blood sugar levels increased the risk of death. According to Paris Roach, M.D., says the ACCORD study showed researchers that really intensive glucose control caused more harm and did not yield positive results. Physicians can now treat patients with diabetes and high cardiovascular risk with modified blood sugar standards. Dr. Roach is an endocrinologist and associate professor of clinical medicine at the Indiana University School of Medicine.

Should children under 4 take cough and cold medication? A new poll shows that 40 percent of parents give cough and cold medication to children under 4, even though label recommendations advise against it. According to “Sound Medicine” healthy living expert Theresa Rohr-Kirchgraber, M.D., a study done in 2008 showed children younger than 4 who received these medications actually had a worse outcome; some cases even resulted in death. Parents have several alternatives when their child has a stuffy nose, such as bulb syringes, sleeping sitting up and salt-water cleanses. Dr. Rohr-Kirchgraber is an associate professor of clinical medicine and pediatrics at the Indiana University School of Medicine. She sees patients at Riley Hospital for Children at IU Health and Wishard Hospital in Indianapolis.

How can owners help their pets survive allergy season? It’s summer, and that means allergies for humans and pets. Pets can be allergic to flea bites, inhaled allergens such as pollen, and ingredients in their food. When people inhale allergens, they typically have an itchy nose, sneezing and swollen eyes. When pets inhale allergens, their skin becomes itchy and they could lose hair, says Elizabeth Murphy, DVM. In extreme cases, veterinarians can test pets for allergies and administer injections to help de-sensitize them to specific allergens. Dr. Murphy is a veterinarian and a regular guest on “Sound Medicine.”

How can we outsmart anger? Joe Shrand, M.D., joined host Barbara Lewis to talk about his new book, “Outsmarting Anger,” and how to manage anger. According to Dr. Shrand, anger is an emotion designed to change the behavior of someone else. When a person gets angry, the brain starts pumping into overdrive and the limbic system, which controls emotion, is activated. Dr. Shrand says anger can be controlled using the decision-making part of the brain, the prefrontal lobe. Dr. Shrand is an instructor of psychiatry at Harvard Medical School and the director of the Clean and Sober Teens Living Empowered, or CASTLE, program at the High Point Treatment Center in Brockton, Mass.