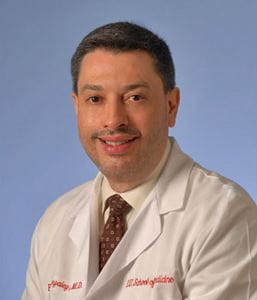 Glucose can stimulate an inflammatory process that allows white blood cells to enter the artery walls and attract cholesterol. Researchers studied 18- to 40-year-old women, lean and obese, with polycystic ovary syndrome and weight-matched controls. The women were given a glucose beverage during an oral glucose tolerance test to measure the inflammatory response and determine their degree of insulin resistance.

Women with polycystic ovary syndrome often exhibit evidence of insulin resistance, which is associated with atherosclerosis — the collection of plaque-forming cholesterol in the arteries — and thrombosis — the formation of clots in the blood stream.

The study’s principal investigator is Frank González, M.D., associate professor of obstetrics and gynecology and director of reproductive endocrinology and infertility at the Indiana University School of Medicine. Dr. González said the findings suggest that excess abdominal fat and higher levels of the male hormone androgen can contribute to the increased risk for atherosclerosis in women with polycystic ovary syndrome.

“We have shown for the first time at the molecular level that the glucose-stimulated inflammation pathways that promote atherosclerosis and a cardiovascular event are already active at an early age in women with polycystic ovary syndrome,” Dr. González said.

“The findings point to an immune abnormality that promotes inflammation and metabolic disturbance. It’s all about an inflammatory response that damages the internal surface of blood vessels, which then permits entry of cholesterol,” he said.

Polycystic ovary syndrome is the most common female endocrine disorder, affecting about 12 percent of premenopausal women, and the most common cause of female infertility.

The study was funded by a National Institutes of Health grant (HD-048535).