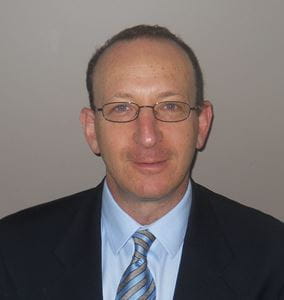 INDIANAPOLIS — Medical literature long has touted the benefits of omega-3 fatty acids for the heart. But until now, researchers have not studied the potential benefit for people on hemodialysis, who are among the highest-risk patients for sudden cardiac death.

A study published Feb. 6 online in the journal Kidney International, which included 100 patients who died of sudden cardiac death during their first year of hemodialysis and 300 patients who survived, is the first to examine this question.

Allon N. Friedman, M.D., associate professor of medicine in the Division of Nephrology at the Indiana University School of Medicine and first author of the study, said the findings are impressive enough that he believes a placebo-controlled clinical study is warranted to confirm the results.

“We found that higher levels of omega-3 fatty acids in the blood of patients who were just starting hemodialysis were very strongly associated with a lower risk of sudden cardiac death over the first year of their treatment,” Friedman said.

The five-year survival rate for patients on hemodialysis is 35 percent, with the risk of death highest in the first few months of starting treatment. The most common cause of death in these patients is sudden cardiac death, which accounts for about one out of every four deaths.

“Because omega-3 fatty acids can be obtained from certain foods, such as fish oil, our findings also have important implications for the type of diet we recommend to patients on dialysis,” Friedman said.

Others involved in the research are Zhangsheng Yu, Rebeka Tabbey and Cheryl Denski from the Indiana University Department of Biostatistics; Hector Tamez, Julia Wenger and Ravi Thadhani from the Division of Nephrology at Massachusetts General Hospital; and Yong Li and Bruce A. Watkins with the Department of Nutritional Sciences, Lipid Chemistry and Molecular Biology Laboratory at the University of Connecticut.

Funding for this research was provided by the National Institutes of Health and the National Kidney Foundation.