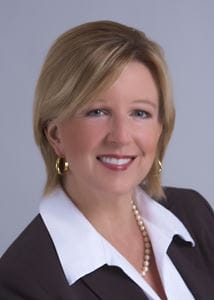 While founding host Barbara Lewis takes a leave of absence, “Sound Medicine” welcomes Anne Ryder as its interim host. Ryder is a freelance television journalist, writer and member of the Indiana Broadcast Hall of Fame. She spent 20 years as an anchor and reporter at WTHR, the NBC affiliate in Indianapolis, where she covered stories of resilience in the face of trial and difficulty. Her reporting has taken her from Bosnia and the Kosovar refugee camps of Albania to Calcutta, where she was granted a rare interview with Mother Teresa. Ryder has earned 16 regional Emmy Awards, five national honors and the Doris H. Merritt Award from the Indiana University School of Nursing for her support of the nursing profession. Ryder graduated from the journalism school at the University of Missouri-Columbia and holds honorary doctorates from three other universities.

Why are baby boomers being urged to be tested for hepatitis C? The Centers for Disease Control and Prevention has released new recommendations  that every member of the baby boomer generation (born from 1945 through 1965) receive a one-time blood test to screen for hepatitis C. More than 2 million baby boomers are known to be infected, accounting for 75 percent of all Americans living with the virus, which may be present for many decades before symptoms appear. Theresa Rohr-Kirchgraber, M.D., who regularly sees patients at Wishard Hospital and serves as director of the IU National Center of Excellence in Women’s Health, discusses the recommendations, what tests are used to determine its presence and what steps carriers can take to avoid fatal liver damage.

Why is the incidence of Chagas disease growing in the U.S? At least 300,000 people in the U.S. have Chagas disease, an ailment historically found in Latin America. Chagas is caused by a parasite that circulates in the blood and attacks the heart, colon and esophagus. It is the leading cause of heart failure in Latin America and is known to remain undetected for decades with a lack of noticeable symptoms. Peter Hotez, M.D., Ph.D., founding dean of the National School of Tropical Medicine at Baylor University, discusses the growing prevalence of Chagas disease in the U.S. and how his group in Texas is working to figure out its transmission, prevalence and better treatments.

How is the Middle Ages plague treated today? Though rare, the Bubonic plague/Black Death, commonly associated with millions of deaths during the Middle Ages, still exists in modern-day America, with about 11 cases reported each year since 1976. These cases are mostly concentrated in the Southwest where the habitat best supports it. Anna Schotthoefer, Ph.D., a researcher at the Marshfield Clinic Research Foundation in Wisconsin, shares how we treat plague today and why it needs to be treated quickly.

How can setting goals aid terminally ill patients? In another installment of the “Patient Listening” series, Kevin Rand, professor of psychology at IUPUI, discusses his research involving interviews with patients who are nearing the ends of their lives and for whom treatment is no longer possible. Rand addresses what these patients are most looking forward to as they near the end of their life’s journey and the importance of goal-setting, and he shares some of the stories of those he has been interviewing.