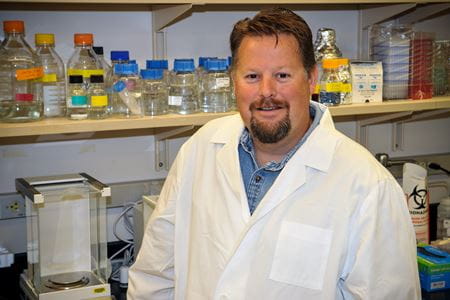 The research was published in today’s online edition of the journal Nature. In the work, led by Li Qian, Ph.D., and Deepak Srivastava, M.D., of the University of California, San Francisco, the researchers used gene splicing techniques to insert three genes into fibroblast cells, which are structural cells not directly involved in the heart’s blood pumping chores. The genes’ activity induced some of the fibroblast cells to become cardiomyocytes, the cells that perform the heart’s pumping activity.

The experiments used an experimental mouse strain developed at the IU School of Medicine, one that allows researchers to mark and follow the development of fibroblast cells over time, said Simon J. Conway, Ph.D., professor of pediatrics and director of the Program in Developmental Biology and Neonatal Medicine at the Herman B Wells Center for Pediatric Research at the IU School of Medicine.

“Not only do the reprogrammed cells express everything that a cardiomyocyte should, they can actually show that they have a mature contractile apparatus so they can contract like a normal cardiomyocyte and that they are electrically coupled to their neighbors, because they have to all contract in unison to have a strong heartbeat,” Dr. Conway said.

The researchers note that heart failure is a leading cause of death and that the cardiomyocytes cannot regenerate and repair the damage caused by a heart attack, unlike muscle cells elsewhere in the body.

Heart injury causes excessive production of fibroblast cells at the site of the damage, resulting in scar tissue buildup that replaces cardiomyocytes. The researchers used gene therapy techniques involving retroviruses to insert the genes into the fibroblast cells. The genes enabled the production of proteins that are important in heart and muscle development, especially in the embryo.

The researchers reported that about 10 percent of the fibroblasts showed evidence of reprogramming and began functioning as cardiomyocytes. In addition, they said, the treatment reduced the size of the damaged heart tissue and resulted in improved heart function.

The University of California researchers previously had reported success in reprogramming the fibroblast cells in tissue culture in the laboratory. Using the IU School of Medicine mouse model, generated by Paige Snider as a graduate student in Dr. Conway’s lab, was key to proving that they had been successful in a living system, Dr. Conway said.

“Working in a dish is great, but if you can get it working in an animal model and it can form normally functioning cardiomyocytes that don’t become tumors, that are stable and integrated into the rest of the cardiomyocytes, that’s important.”

The research was supported by grants from the National Institutes of Health and the Riley Children’s Foundation.