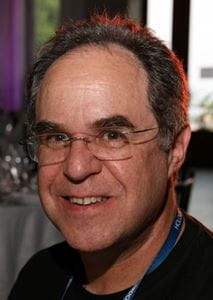 Rivienne Shedd-Steele, director of the Indiana University Melvin and Bren Simon Cancer Center’s Office of Health Disparities and Outreach, has also been named CCFIN director. In her dual roles, Shedd-Steele will work with Gregory Zimet, Ph.D., professor of pediatrics at Indiana University School of Medicine and co-director of the Cancer Prevention and Control Program at the IU Simon Cancer Center, to lead initiatives that will focus on education, prevention, screening and behavioral research.

Dr. Zimet, who oversees the CCFIN grant, has spent many years conducting studies of the public’s response to vaccinations, primarily ones for human papillomavirus (HPV), the main cause of cervical cancer.

CCFIN programming has been developed to target disadvantaged, racial and ethnic communities which have significantly higher incidence rates of HPV infection and cervical cancer. Lake County, Indiana, which has one of the highest cervical cancer incidence and mortality rates in the state, has been designated a primary CCFIN target area.

“We are grateful for GlaxoSmithKline’s ongoing support,” Shedd-Steele said. “Their support is especially meaningful because January is Cervical Cancer Awareness Month. Their support allows us to reach the right people with the right messages, which can make a real difference in the lives of women – and men – in our community.”

Under the umbrella of Cervical Cancer Free-America, the Indiana initiative and the initiatives in Alabama, California, Kentucky, North Carolina and Texas work in conjunction to plan and develop ways to eliminate cervical cancer both through across-state projects and through local interventions and educational programs.

Each year, more than 10,000 women in the United States are diagnosed with cervical cancer and about 4,000 women die of the disease. Worldwide, cervical cancer is the second leading cause of cancer deaths among women.

One of the best ways to protect girls and women from cervical cancer is to make sure that male and female youth receive HPV vaccinations before they are at risk of infection. Virtually all cervical cancers are caused by HPV, which is transmitted sexually. Most women and men who’ve had sex have been exposed to HPV at some time in their lives. Although all women can develop cervical cancer, minorities — including African-American and Hispanic women — are most at risk. For instance, Hispanic women have twice the rate of cervical cancer as non-Hispanic white women. Disparities in access to health care, such as regular Pap tests, are the primary reason for the higher rates.

Two vaccines for HPV prevention have been approved by the FDA. Both vaccines prevent infection with the two HPV types that cause about 70 percent of cervical cancers in the United States. Pap tests and HPV testing also are recommended for prevention and early detection of cervical cancer.