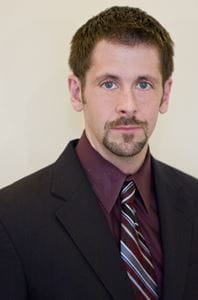 It is one of the first genetic biomarkers to have been reported for neuropathy caused by taxanes, which includes paclitaxel or Taxol. The finding may eventually lead to a blood test to determine if a patient is at risk of developing neuropathy.

Neuropathy is a nerve problem that causes pain, numbness, tingling, burning, or muscle weakness in different parts of the body.

“We found multiple, provocative genes that may be associated with neuropathy, one of which stood out from the rest in a gene named RWDD3,” Bryan Schneider, M.D., said. Dr. Schneider is assistant professor of medicine, assistant professor of medical and molecular genetics at the IU School of Medicine, and a physician/researcher at the Indiana University Melvin and Bren Simon Cancer Center. He is also an associate director of the Indiana Institute for Personalized Medicine.

Dr. Schneider and colleagues found the gene by conducting a comprehensive genetic look of more than one million genetic variations in each of the 2,204 breast cancer patients studied. The patients were enrolled in the Eastern Cooperative Oncology Group clinical trial E5103.

The study also found that older patients and African Americans were much more likely to have neuropathy.

Dr. Schneider and colleagues will advance their research with additional trials to validate these findings and to determine whether a different type of taxane therapy would result in less neuropathy in the more susceptible genetic group.

Dr. Schneider’s research caught the attention of the world’s leading professional organization representing physicians who care for people with cancer, the American Society of Clinical Oncology. ASCO has invited Dr. Schneider to present his research findings during its 47th annual meeting in Chicago in early June. His research also has been selected to be highlighted in ASCO’s official press program.  Less than 1 percent of abstracts are chosen for that distinction. The press program plays a vital role in garnering accurate, national media coverage of cancer research presented at the meeting. In addition, Dr. Schneider’s research has been selected to be included in the Best of ASCO program, an educational initiative that seeks to increase global access to cutting-edge science.