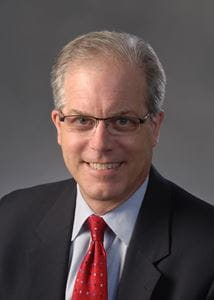 Ten years after the deciphering of the human genetic code was accompanied by over-hyped promises of medical breakthroughs, it may be time to reevaluate funding priorities to better understand how to change behaviors and reap the health benefits that would result.

In addition, the authors say, scientists need to foster more realistic understanding about how scientific research works “by making responsible claims and by advocating that reporters and editors do the same.”

“Our fear is that if we are uncritical and naïve in our enthusiasm for these exciting technologies we risk both diversion of precious resources and premature implementation, which could hurt patients, as well as produce a backlash, which will hurt our field,” said lead author medical geneticist James P. Evans, M.D., Ph.D., Bryson Distinguished Professor of Genetics and Medicine at the University of North Carolina at Chapel Hill and the UNC Lineberger Comprehensive Cancer Center.

“We feel it’s time to assess the progress made towards achieving the hoped-for benefits from genomic science,” said Eric M. Meslin, Ph.D., director of the Indiana University Center for Bioethics and one of the commentary’s co-authors. “While we remain excited about the science, we also think the time has come to ask why the pace of progress has been slower than expected and what science and society might do about it.”

The authors agree that progress in genomic research has been “breathtaking,” noting, as an example, that routine whole-genome sequencing may soon be a reality. But, they caution, the considerable promise of genomics must be evaluated through a realistic lens. After all, while advances are being made in personalized medicine through the tools of pharmacogenetics, “the most powerful predictor of drug efficacy is whether a patient takes the drug.”

Despite its promise, genomic medicine faces a variety of impediments, the commentary notes:

Even so, the authors write, the benefits of genomic research will come, resulting in understanding the mechanisms of disease, improved diagnostics and better therapies – but those benefits will be decades in the making.

The authors offer their short list of recommendations, including “a reappraisal of the apportioning of research funds” and efforts to help more people understand that progress in science is incremental.

“We believe that the current age of genomics will provide great benefits to human health … Ours is not a call to gut existing research or too-rigidly tie funding to degree of disease burden,” the authors assert.

“The pursuit of our common goal – improved human health – demands that we take a hard look at disease causation and order our priorities accordingly.”