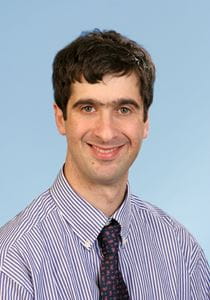 The T cell gene, which recognizes a specific protein found on the surface of melanoma, was isolated and cloned from a patient with melanoma. The gene-modified stems cells were then transplanted back into hosts and found to eradicate metastatic melanoma for the lifetime of the mice.

“We found that the transplantation of gene-modified hematopoietic stem cells results in a new host immune system and the complete elimination of tumor,” reported Christopher E. Touloukian, M.D., an assistant professor of surgery and immunology at the IU School of Medicine and a member of the Indiana University Melvin and Bren Simon Cancer Center.  “To date, cancer immunotherapies have been hampered by limited and diminishing immune responses over time. We believe this type of translational model opens new doors for patients with melanoma and potentially other cancers by taking advantage of the potent regenerative capacity of hematopoietic stem cells and new advances in gene therapy.”

This research was funded by a National Institutes of Health grant.

It has paved the way for a new clinical trial in humans funded by the V Foundation for Cancer Research. The pilot phase I trial will involve treatment of 12 patients and focus primarily on the safety and efficacy of the therapy, said Dr. Touloukian, who is the senior author on the JCI paper and the principal investigator for the clinical study. The clinical trial is expected to begin accruing patients by late 2011.

In 2010, more than 68,000 patients will be diagnosed with melanoma and the disease will be associated with approximately 9,000 deaths. The state of Indiana has the 11th highest rate of melanoma incidence of all 50 states. Current treatments for metastatic melanoma, though exciting and innovative, have been highly toxic and largely unsuccessful with the most patients dying within 6 to 12 months after diagnosis.