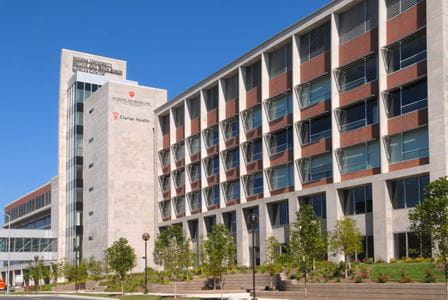 he IU Simon Cancer Center and the American Cancer Society are teaming up to promote early detection of prostate cancer through free screenings.

Men will have a small amount of blood drawn for the PSA (prostatic specific antigen) test, which can detect prostate cancer in its early stages. They will also receive a digital rectal exam (DRE) by urologists who volunteer their time. A PSA test combined with a DRE offers the most effective screening for prostate cancer. Each screening should take less than 15 minutes.

For men, only skin cancer is more common than prostate cancer, according to the American Cancer Society. Prostate cancer is the second leading cause of cancer death in men. One man in six will get prostate cancer during his lifetime, while one man in 36 will die of this disease.

According to Noah Hahn, assistant professor of medicine in the Division of Hematology/Oncology at the IU School of Medicine and a physician/researcher with the IU Simon Cancer Center, prostate cancer starts as a small nodule in the prostate — the small walnut-shaped gland in males — and usually does not present any symptoms in its early stages.

Are there any warning signs?

Early signs and symptoms of prostate cancer can include urinary problems, but those are usually caused by an enlarged prostate or BPH (benign prostatic hyperplasia). BPH is not cancer.

For most men, prostate cancer is first detected during a routine screening such as a prostate-specific antigen (PSA) test or a digital rectal exam (DRE). Current screening guidelines suggest that men should have a PSA blood test and DRE every year, beginning at age 50. Men at high risk should begin testing at age 45. Men at high risk include African American men and men who have a close relative (father, brother or son) who had prostate cancer before age 65.