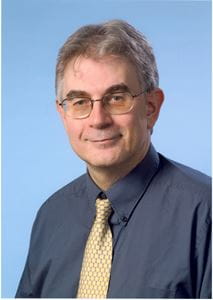 He will serve as president of ASCO, the world’s leading professional organization representing physicians who treat people with cancer, from June 2010 to June 2011.  He was previously president-elect of ASCO.

Dr. Sledge joined the IU School of Medicine faculty in 1983, after completing his residency at St. Louis University and his fellowship at the University of Texas, San Antonio.  He received his undergraduate degree from the University of Wisconsin and his medical degree from Tulane University. His research interests include molecular and tumor biology, growth factors, and anti-angiogenic therapy related to breast cancer.

Dr. Sledge has been recognized numerous times for his breast cancer research. In addition to being elected to the top position at ASCO, he recently received the Jill Rose Award — Breast Cancer Research Foundation (2007) and the 2006 Komen Foundation Brinker Award for Scientific Distinction. He is also listed in America’s Top Doctors and America’s Top Doctors for Cancer.