Bold is Better for Kelvin Lee 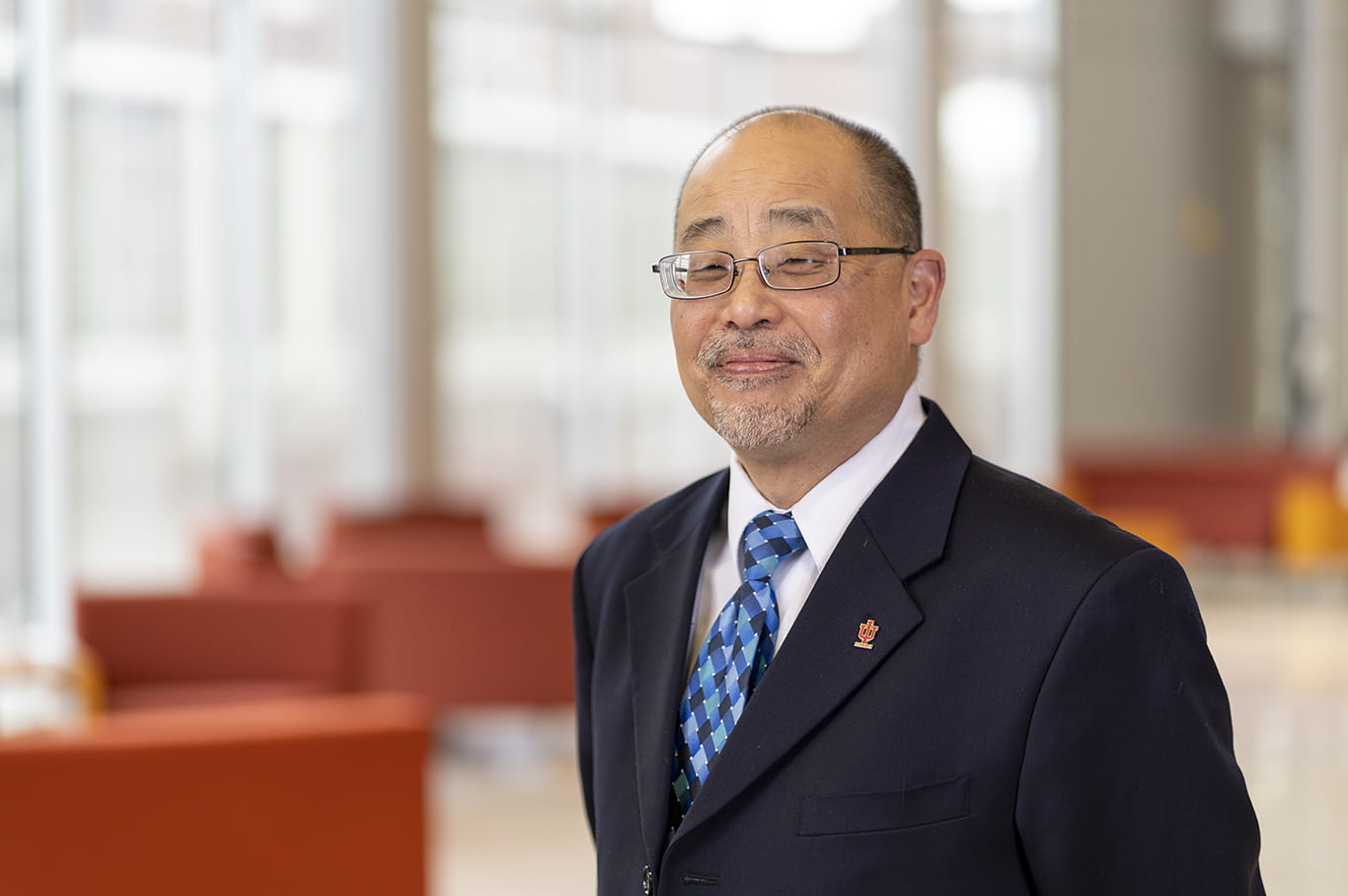 CANCER RESEARCHERS like Kelvin Lee, MD, don’t casually toss around the word “cure.” While cures are universally sought, they aren’t easily found. Setbacks and dead ends are part of the pursuit.

“Nobody says cure in the cancer field because it’s like, ‘We don’t want to touch that—that’s maybe too ambitious and maybe too fraught with disappointment,” Lee said.

IU set goals to cure triple negative breast cancer, pediatric sarcoma and multiple myeloma when announcing its Precision Health Initiative. Myeloma is Lee’s area of expertise. That spoke to him.

“For IU to come out and publicly say our objective is to cure this cancer,” he said, “that struck me as the mindset and the mentality at IU—to swing for the fences.” Lee has served since 2006 as the Jacobs Family Chair of Immunology at the Roswell Park Comprehensive Cancer Center in Buffalo, New York. There, he built up the center’s research arm and carved out a niche in multiple myeloma, focusing on what gives healthy plasma cells in bone marrow their long lives. He also established a groundbreaking collaboration with cancer researchers in Cuba, who have developed a lung cancer vaccine Roswell Park is testing in clinical trials.

“He saw things where no one else saw the opportunity and he made them happen,” said Betsy Repasky, PhD, a professor in the Department of Immunology at Roswell Park. “He did that over and over and over.”

LEE’S ABILITY TO find hidden gems may come from personal experience—and the fact his career in medicine began thanks to a mistake.

Lee is the child of parents who fled the communist revolution in China. His parents, David and the late Lilly Lee, met in Chicago, where his father was working on a doctorate in microbiology and his mother studied to be a lab technician. He was born in Urbana, Illinois but grew up in Rockville, Maryland. As a teen, Lee dreamed of being a marine biologist until he spent a summer working in the lab of an immunologist/oncologist at the Naval Research Medical Institute. The lesson there: “This medicine stuff is kind of cool.”

Lee’s real pivot point came a short time after, when he applied to a University of Michigan program that enabled students to earn both undergraduate and medical degrees in six years. But the reply to his application was confusing. The letter read: “Dear ________, we would like to interview you on________.” It was even signed with a blank.

Lee’s mother phoned the school and yelled at the person who took the call, demanding an explanation. Flustered, the receptionist gave Lee an interview date. He impressed the admissions team and was granted one of 10 spots for out-of-state students. He would finish second in his class. On Graduation Day, school officials cleared up the mystery of the blank admissions letter. They had intended to reject him. Someone botched the mailing. “The fact that I am a physician,” Lee said, “was a complete accident.”

That Lee tells this story—and he says he shares it with students—fits his personality, according to Larry Boise, PhD, a longtime friend and frequent research collaborator at the Emory School of Medicine. “It is a great story of how everyone who is judging you might not be right,” Boise said. Lee credits a patient for leading him to cancer care. After residency in Colorado, he did an oncology fellowship at Michigan. There, he encountered a woman with lymphoma whose disease was discovered only when she underwent a Caesarian section. Lee watched her daughter grow. But, within four years, the woman lost her battle with cancer. He was struck by the inadequacy of her chemotherapy. “I wondered why we can’t do better than this,” he said.

Lee soon began working with others on the same search. His first faculty position was back at the Naval Medical Research Institute, where he worked with Carl June, MD, a pioneer of CAR T-cell therapy.

Lee, whose tenure at IU begins in February, intends to maintain a lab to continue the search—and to see patients one day per week—while conducting his administrative duties. “You have to lead from the front,” he said.

HE ALSO LEADS with fun. Boise describes Lee as “one of the kindest, most generous people I’ve honestly ever known.” He also doesn’t take himself too seriously.

Boise said Lee is a world-class practical joker, known to hide heavy lead weights in the backpacks of unsuspecting targets. When Miami was hit by a hurricane, Boise and Lee drove some distance to find an open store where they could stock up on supplies. Lee stocked up on chips and beer.

Repasky, at Roswell Park, said Lee established numerous departmental competitions, including a pumpkin-carving contest that grew into a pediatric cancer fundraiser. It channeled competitive juices and built bonds. People entering his office are disarmed by his vast array of SpongeBob SquarePants memorabilia. And when concentrating on a problem, Lee’s hands are apt to fidget with a stack of poker chips he drops incessantly on his desktop.

All of these things—and his kindness—were so endearing, Repasky said, that when Lee announced his departure for IU, people from senior faculty to maintenance staff were in tears. So, why would Lee leave such a place?

The willingness to set the bar at cures, for one, Lee said. He wants the IU Simon Comprehensive Cancer Center to be a top 10 cancer center in 10 years—10 in 10. Simply put, he wants to do more.

“We all want to make a difference,” Lee said. “I think IU offered me the opportunity to make even more of a difference than I’m making now. That was the attraction.”