It’s nearing evening, and Tatiana Foroud, PhD, is in the last of her back-to-back meetings for the day.

The scope of her roles and responsibilities at Indiana University School of Medicine are exhausting just to list: Executive Associate Dean for Research Affairs, chair for the Department of Medical and Molecular Genetics, an endowed professorship, director of the Genetics, Biomarker and Bioinformatics Core of the Indiana Alzheimer’s Disease Research Center, and principal investigator for the National Centralized Repository for Alzheimer’s Disease and Related Dementia—just to name the highlights.

Yet she’s on the other side of the computer screen with bright eyes and a genuine smile—albeit standing to counter the physical strain from hours of virtual meetings. When she’s done with this one, she’ll head outside to enjoy the remaining daylight and go for her hour-long evening walk around the neighborhood—a healthy habit she religiously keeps unless it’s pouring rain.

Then she’ll have dinner with her family and relate about what’s important in their lives. And later in the evening—that’s when the real work gets done. Night is her most productive time. 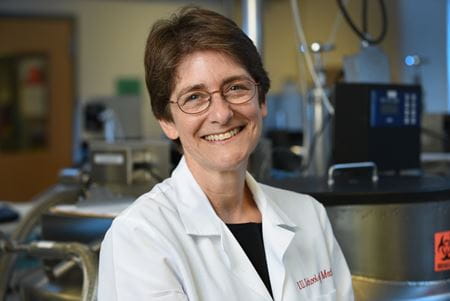 As a statistical geneticist, most of Foroud’s work is done on the computer rather than in the lab. With a master’s in biomathematics from UCLA and a PhD in population genetics from IU School of Medicine, she has spent much of her career mapping genes and using statistical methods to discover the genes that are significant to neurodegenerative diseases such as Alzheimer’s.

When her three children were younger, Foroud said all her colleagues knew what time she put them to bed because that’s when the emails would come.

“That doesn’t work for everybody, but it’s worked really well for me,” she said. “I think I have good work-life balance.”

There’s even time scheduled for volunteering at her child’s school and at church. Foroud stays organized with a daily planner.

“I have a really trusty book,” she said, displaying its lined columns for each of her various roles and their respective to-do lists.

Foroud’s work ethic was instilled by her parents, both immigrants who lived through World War II. Born in Iran in 1915, her father had a PhD in metallurgy; however, her mother’s educational path was disrupted by the war in Germany. They had Tatiana late in life, and she was the first in her family to be born in the United States.

“They really valued education,” she said.

Foroud had already begun pursuing research in dementia when she learned her father had Alzheimer’s disease. She moved her parents from Connecticut to Indiana so she could help care for him in his final years.

“I took the end of his life’s journey with him, so I’ve really seen what that does to families and to the individual,” she said. “It just robs you of this person you’ve known your whole life. It’s so devastating.” 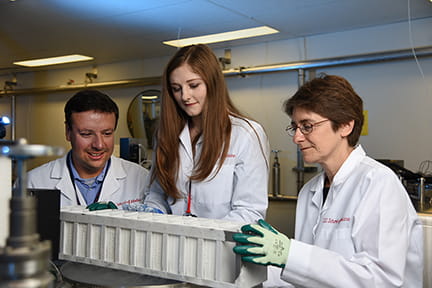 Foroud’s research also includes work in Parkinson’s and other degenerative diseases associated with dementia, as well as alcoholism. From family stories, she has determined her maternal grandmother most certainly suffered from Parkinson’s disease, although there was not a name for it at the time.

Defining these diseases is an important step toward the ultimate goal of prevention. While working on her PhD, Foroud was involved in a clinical study of families with Huntington’s disease when an important discovery was made.

“In the middle of my PhD, they found the genetic defect that causes Huntington’s disease,” she said. “I had contact with a lot of research subjects, and then we had the ability to know which among them would develop Huntington’s. It was really amazing.”

This is the kind of breakthrough researchers in Alzheimer’s are working toward—looking for biomarkers that could predict who will develop this devastating disease so targeted therapies can be developed.

“We’ve really gained greater understanding of the genetics of Alzheimer’s,” Foroud said. “What we’d all really like to do is have someone never develop Alzheimer’s disease.”

Foroud oversees massive repositories of biological samples collected from individuals with Alzheimer’s, Parkinson’s and related disorders. About 50 people work in the lab processing samples in a carefully controlled manner. The rest of the large staff includes dozens of coordinators who work directly with families affected by these diseases and with researchers from other universities using the repository’s samples. There’s also a substantial technology team ensuring online repository searches and sample requests run smoothly.

“We’re like your Amazon of samples for Alzheimer’s and for Parkinson’s,” Foroud said.

While significant progress has been made during the 25 years Foroud has worked in Alzheimer’s research, there are still many unknowns.

“We can see guideposts to the finish line. We’re not there, but we’re a lot closer than before,” she said. “We have ways to identify those at increased risk and things we can measure. Now we need to figure out how we can change that trajectory.” 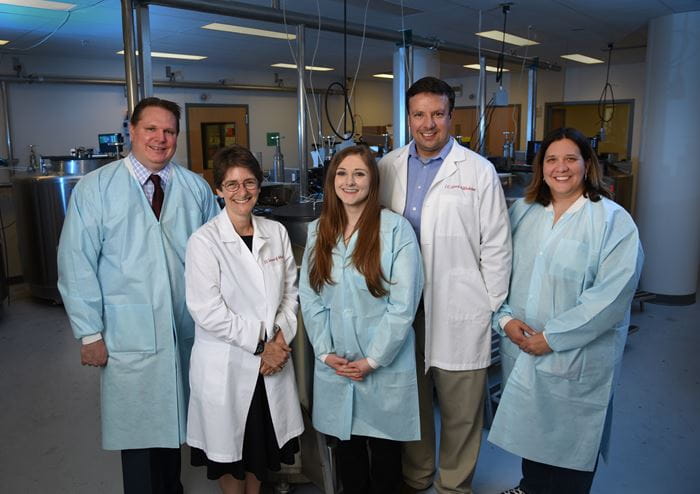 Mentoring the next generation of medical scientists

Foroud serves as a mentor to junior colleagues in the field, including several women stepping into leadership roles. Among them is Kelly Nudelman, PhD, assistant research professor of medical and molecular genetics.

“In my opinion, Dr. Foroud’s personal strengths include her organizational skills, keen intellect and her drive to excel, but also her warmth and understanding for people on her team,” Nudelman said. “While she has high expectations, she is also quick to encourage and motivate people, and to cheer them on when they succeed.”

As IU School of Medicine’s Executive Associate Dean for Research Affairs and IU Health’s Executive Vice President of Academic Affairs for Clinical Research, Foroud thinks about building the best teams to study not only Alzheimer’s but also many other diseases.

For the fifth-straight year, IU School of Medicine has set a school record for research funding received from the National Institutes of Health (NIH), which awarded the school’s physicians and scientists more than $213 million in 2020. Ranked in the top 10 nationally for NIH funding was Foroud’s department, Medical and Molecular Genetics, along with the Department of Pediatrics at IU School of Medicine.

“She thinks deeply across the entire research spectrum,” said Bruce Lamb, PhD, executive director of Stark Neurosciences Research Institute and a professor of medical and molecular genetics. “She understands the basic biology and basic science but also does a lot of work in translational research to take advantage of research findings to make them meaningful to patients.”

Foroud counts it a privilege to work alongside many capable and passionate IU School of Medicine scientists. She is also grateful to the hundreds of people who have volunteered to participate in research studies or who have donated tissue samples to the Alzheimer’s biobank and other biological repositories.

“Many people realize it may not help them, but they want to make it better for the next person—even for the stranger 20 years younger,” Foroud said. “People can be incredibly altruistic.”