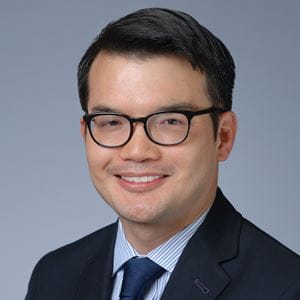 A little over twenty years ago, Tuan M. Tran, MD, PhD, happened to attend a lecture one evening given by Dr. Robert Desowitz. The topic was malaria vaccination. Tran, then a first-year student in a medical scientist training program at Emory University, said the lecture changed the course of his career.

“[Desowitz] posed a challenge to the audience: if we’ve eliminated malaria in the United States and in southern Europe, why can’t we do it in sub-Saharan Africa?” Tran recalled. “It completely enthralled me.”

After that fateful evening, Tran began his pursuit of answering Desowitz’s challenge. He completed his residency in Internal Medicine at Johns Hopkins University, followed by an infectious diseases research fellowship at the National Institutes of Health. During his fellowship, he studied the human immune response to malaria in Mali (he had previously done similar field work in Brazil), and also developed his skills in bioinformatics analysis.

“I envision myself as someone with experience in field research and immunology, and also with a computational background and understanding of genomics-level data,” Tran said.

He uses that experience to try and understand the complexity of the host/parasite relationship in malaria.

“Occupying that niche—being a trained infectious diseases physician with computational skills—has worked very well for me, and helped me to establish my research,” he said.

Tran’s research record is a testament to just how successful that strategy has been. Since 2017, he’s been awarded several significant grants from foundations and the NIH, including an R21, R03, and an R01 this year alone.

The R01, “Evaluating the role of P53 pathways in malaria,” could lead to the development of new drugs to prevent individuals from becoming infected or gravely ill with malaria, Tran said. According to UNICEF, over a million people die of the disease each year— mostly children, and mostly in sub-Saharan Africa.

“P53 is a tumor suppressor protein normally associated with controlling cancer,” Tran said. “But there is some evidence that suggests that it’s involved in regulating inflammation as well,” which could have significant implications for malaria.

Tran and his co-investigators, Nathan Schmidt, PhD, of IU, and Alexis Kaushansky, PhD, of Seattle Children’s Research Institute, will investigate the role of P53 in the blood, the liver and the blood vessels of people and mice infected with malaria. Their work will build upon research Tran had initially started at the National Institute of Allergy and Infectious Diseases which showed that children who had elevated levels of P53 in their blood had less severe fevers after becoming infected with the malaria parasite.

“In the part of our research that will look at the role of P53 in the blood, we are asking: how do upregulated P53 pathways in specific blood cells control febrile inflammatory responses?” Train explained. “With the liver, we know that this organ is initially the parasite’s target before it infects the blood cells. Dr. Kaushansky found that increasing P53 in the mouse liver prevented a really good infection from taking hold, so we’ll be looking more deeply at that.”

Their third focus, the blood vessels, is the most speculative. In falciparum malaria, which is the most lethal malaria, parasite-infected red blood cells attach themselves to the vessels via parasite-derived proteins, where they can “hide” to avoid being cleared by the spleen and cause severe disease. Tran and his team have postulated that elevated P53 in blood vessels could potentially prevent infected red blood cells from damaging blood vessels, and thus prevent severe malaria.

“Unfortunately, certain variants of these parasite proteins on infected red blood cells have a predilection for the blood vessels of the brain, which leads to cerebral malaria and brain swelling,” Train sad. “This is what kills most children with malaria in sub-Saharan Africa.”

A particularly compelling aspect of their overall hypothesis is that elevated levels of P53 could be mutually beneficial to both the patient and the malaria parasite. If P53 prevents the patient from becoming ill enough to seek treatment or dying, the parasite could theoretically continue to propagate and be transmitted at low levels.

“This would also prevent another parasite from coming in and taking over. It would allow the malaria parasite to protect its turf,” Tran said. “If this is indeed what’s happening, it would be a convenient mechanism to protect the host from symptoms and the parasite from being cleared.”

Tran and his team have five years to test their hypothesis. In identifying the roles that P53 plays in these three aspects of malaria, their work has the potential to open pathways to new therapeutics that harness P53 to control inflammation, prevent severe infection, and save countless lives.

“We are thrilled that Dr. Tran has received these highly competitive NIH grants to further his research in malaria immunology and transmission dynamics,” said Samir Gupta, MD, director of the Division of Infectious Diseases and Vice Chair for Research in the Department of Medicine. “His group are using cutting edge single-cell tools and sophisticated systems biology approaches in their studies, the results of which will lay the foundation for new therapeutic and vaccine approaches. Dr. Tran’s work has highly significant potential for ultimately eradicating malaria.”

You can learn more about Tran’s work on his website, Tran Malaria Lab.