Cannabis users could be candidates for heart transplants, according to new research from IU cardiologists 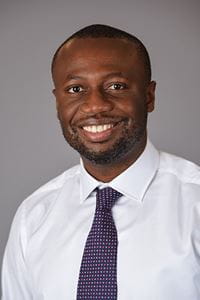 INDIANAPOLIS—Researchers from Indiana University School of Medicine have concluded the medical and scientific establishment should expand and re-contextualize its understanding of cannabis use and heart transplantation, suggesting the potential for a completely new approach to determining transplant candidacy. Their findings were recently published in the journal Circulation: Heart Failure.

Lead author Onyedika Ilonze, MD said transplantation is a life-saving option for patients with end-stage heart failure, but unanswered questions surrounding the legality and acceptability of cannabis use has prevented many patients from receiving transplants. Whether people who use cannabis should be considered candidates for transplant is controversial, Ilonze said.

“This is a dilemma in a time of increasingly favorable legislation regarding medical and recreational cannabis use,” said Ilonze, who is an assistant professor of medicine at IU School of Medicine and member of the Cardiovascular Institute.“The dilemma is compounded by a rising need for heart transplants.”

The paper, which was drawn from an analysis of more than 200 publications, reviews pre- and post-heart transplant considerations related to cannabis use. It also compares relative clinician attitudes toward cannabis and opiates. Ilonze and his team found many of the reasons clinicians choose not to pursue transplantation in patients who use cannabis are based on old data or have no scientific basis.

“Clinician bias, lack of consensus, and a dearth of research limit standard decision-making and worsen disparities in heart transplantation,” he said.

In the paper, Ilonze and his team identify several other critically important areas where more research is needed.

“We need to learn more about the interactions between cannabis and immunosuppressants, and to study the association between cannabis use and transplant survival,” Ilonze said. “Clarifying this will move us forward and help us establish a standardized evaluation process.”

Khadijah Breathett, MD, is an associate professor of medicine and the director of health equity research at the Cardiovascular Institute, who was also involved in this work. She said that this paper is the starting point for Ilonze to develop a research program that scientifically and ethically addresses the rising use of cannabis in heart transplant candidates and recipients.