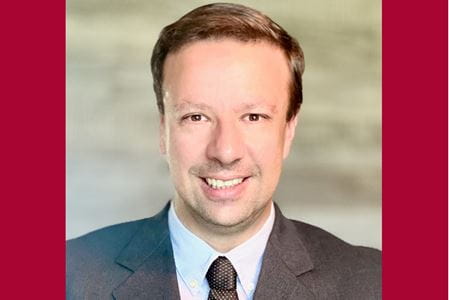 INDIANAPOLIS — An Indiana University School of Medicine researcher is among a select group of scientists whom the National Eye Institute has funded to develop models to gauge the survival and integration of regenerated cells to treat degenerative and blinding diseases.

Jason Meyer, PhD, associate professor of medical and molecular genetics, and colleagues at four other universities are using a model of glaucoma to test the regeneration and replacement of lost retinal ganglion cells—the connection between the eye and the brain—from the disease using human pluripotent stem cells.

“We’re looking at how we can advance these models to enhance regeneration of retinal ganglion cells and integration of stem cells,” said Meyer, who operates his laboratory within Stark Neurosciences Research Institute at IU School of Medicine.

This study is one of three projects that the NEI, one of the 27 centers and institutes of the National Institutes of Health, has awarded $18.5 million over five years through its Audacious Goals Initiative. The NEI launched its Audacious Goals Initiative in 2013 to develop therapies that replace lost or damaged cells of the retina and thereby preserve or even restore vision. The NEI awarded the team led by Meyer $7 million over five years for the collaborative study.

The three most common causes of blindness in the United States are age-related macular degeneration, diabetic retinopathy and glaucoma. These diseases attack and destroy cells of the retina, the light-sensitive tissue in the back of the eye. When neurons in the eye degenerate, the connections between the eye and the brain are lost and cannot regenerate on their own.

Meyer’s laboratory specializes in generating retinal ganglion cells derived from human pluripotent stem cells. Most recently, the team developed a human cellular model of the visual pathway in a dish, a new way to study how the retina transmits information to the brain.

“When the cells are lost in glaucoma, we’re going to provide the materials to replace the cells that degenerate,” Meyer said, adding that the cells will be engineered to enhance their ability to survive and integrate into the retina and more functionally connect the eye and the brain.

Once his lab generates the cells, they provide them to Brad Fortune, OD, PhD, and his team at the Legacy Research Institute in Portland, Oregon, to test the long-term survival of the transplanted retinal ganglion cells in the laboratory’s established glaucoma model.

Benjamin Sivyer, PhD, of Oregon Health and Science University, and Yvonne Ou, MD, of University of California San Francisco, will then assess the functional and anatomical integration of donor retinal ganglion cells in the glaucoma model. Gareth Howell, PhD, of The Jackson Laboratory, will provide expertise in immune-like responses in glaucoma.
Meyer said the collaborators each bring a wealth of information to the project.

“The impetus for an award like this requires assembling a team that’s very multidisciplinary but does so in a way that’s very complementary,” Meyer said. “We’re really excited about this group that we’re working with—it’s a very strong team with a lot of expertise in their respective fields. These are audacious goals that no one lab can achieve on their own.”