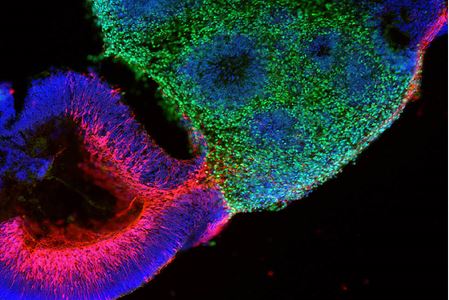 INDIANAPOLIS—Scientists from Indiana University School of Medicine have created a new way to study how the retina transmits information to the brain, potentially providing a foundation to understand how the visual system develops and how its cells are damaged in diseases.

Researchers generated human pluripotent stem cell derived organoids modeling the major stages of the visual system. The study showed how multiple areas of the brain and different cell types interact in a dish, said Clarisse Fligor, PhD, the first author of the publication. 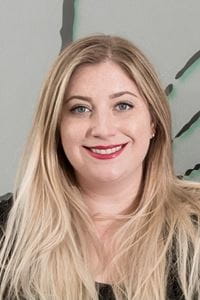 “Our body relies on communication from multiple areas to function,” Fligor said. “Now that we have a solid understanding of the individual parts, we can begin to combine different regions and cell types to observe interactions more commonly found in the human body.”

Much of the research investigated how retinal ganglion cells—the sole connection between the eye and the brain—extend their axons into the brain and transmit visual information. When that connection is severed in disease or damage, it can result in vision loss and blindness.

One of the leading causes of blindness is glaucoma, a degenerative disease in which retinal ganglion cells are damaged. Glaucoma is estimated to affect 70 million people worldwide. 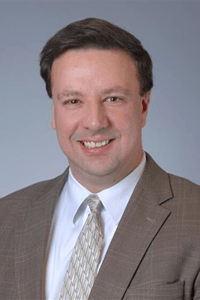 “By pursuing these studies, we aim to develop a novel and powerful tool for future studies that allows researchers to investigate how nerve cells in the visual system extend toward downstream targets, leading to exciting new approaches for regenerative medicine,” Meyer said.

Past studies of retinal organoids—three-dimensional tissue cultures derived from stem cells—have focused more on the development of other neurons and degenerative diseases rather than retinal ganglion cells. That’s due to the cell dying off in long-term cultures of retinal organoids since there’s typically not enough room for the axons to explore, Meyer and Fligor said.

To address this issue, the researchers generated and organized retinal organoids into an in vitro assembloid model of the visual system. To model the extension of retinal ganglion cell axons into the brain, Meyer said they first focused on combining retinal and brain organoids to produce brain-like tissue. The success of that experiment led the team to create a model of retinal, thalamic and cortical organoids—each representing a major stage in visual transmission.

“Essentially, we attempted to create a human cellular model of the visual pathway in a dish,” Meyer said.

The team found that retinal ganglion cells responded to environmental cues and its axons extended deep into the assembloids, modeling projections of the visual system. The cells also survived in the long-term cultures, overcoming the prior limitations of past studies.

“An exciting insight from these studies was not only how retinal ganglion cells respond to different environments,” Fligor said, “but also how these other organoids could potentially contribute to retinal ganglion cell behavior, outgrowth and survival. It is important to study how different components of the visual system develop and interact together.”

Meyer said this study will further the research into how retinal ganglion cells are compromised in blinding diseases, potentially leading to the development of new therapeutic approaches.

The research was supported by grants from the National Eye Institute, the BrightFocus Foundation and the Indiana Department of Health Spinal Cord and Brain Injury Research Fund.