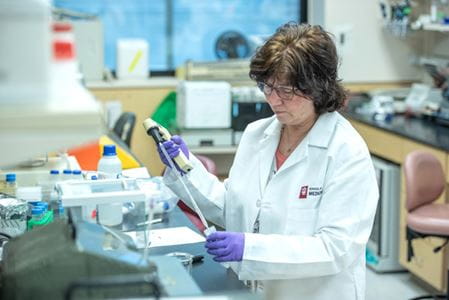 What we feed our young children—including certain baby formulas—could be interfering with the healthy development of their lungs.

A collaborative study led by Indiana University School of Medicine Professor of Pediatrics Joan Cook-Mills, PhD, and Rajesh Kumar MD, MS, from the Ann and Robert H. Lurie Children’s Hospital of Chicago, examined the effects of different forms of vitamin E on lung development during early childhood. They found that too much of one form could be detrimental to growing children.

The group analyzed plasma samples from more than 600 pregnant mothers and their children to measure levels of two forms of vitamin E, called alpha- and gamma-tocopherol, and lung function from early to mid-childhood.

Both forms of the vitamin are highly prevalent in food—from breast milk and baby formula to cooking oils and vitamin supplements. Naturally, children are exposed to both forms well before they are born and throughout their lives.

It turns out that it does. 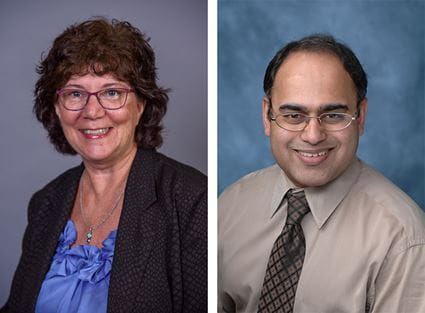 Their study, published in the Journal of Allergy and Clinical Immunology, showed that early life alpha-tocopherol levels associated with better lung function if gamma-tocopherol levels were low. This suggests that the diets of young children could impact a healthy balance of forms of vitamin E that support lung development, depending on the type of vitamin E in the foods, cooking oils, and supplements that they consume.

Cook-Mills and Kumar said that their study offers important insight on possible ways to combat the issue. Next, the group will explore possible interventions, including alpha-tocopherol supplements and limited gamma-tocopherol intake, to see if these are useful to promote lung development and function.

The study, Associations of alpha and gamma-tocopherol during early life with lung function in childhood, is supported by the National Institutes of Health. Clinical data was provided by the Project Viva cohort.