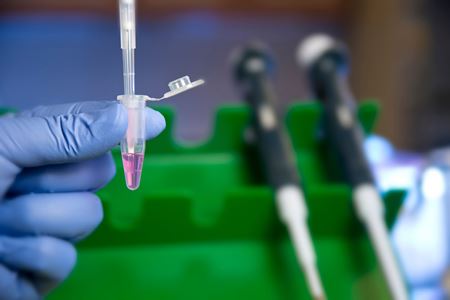 A drug molecule that was developed in an Indiana University School of Medicine laboratory has just been administered to its first round of patients.

Chondrial Therapeutics Inc., a clinical-stage biotechnology company co-founded by IU School of Medicine Professor of Pediatrics R. Mark Payne, MD in 2011, announced earlier this month that its flagship compound is entering Phase 1 clinical trial to evaluate the safety and tolerability of single ascending doses. The drug is intended to treat Friedreich’s ataxia, a rare but debilitating genetic disorder for which there are no approved treatments. 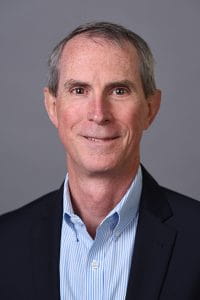 As physician scientist at the Herman B Wells Center for Pediatric Research, Payne’s research provides the scientific basis for which the compound, CTI-1601, was developed.

“Due to a genetic abnormality, patients with FA don’t produce enough of an important protein called frataxin,” said Payne. “CTI-1602 is the only frataxin replacement therapy in clinical development, and this trial will bring us closer to improved treatment for the thousands of people who are affected.”

Estimated to impact about 1 in 50,000, Friedreich’s ataxia is the most common heritable neurodegenerative condition. Typically diagnosed between the ages of 10 and 15, Friedrich’s ataxia affects multiple systems in the body, including the brain and the heart. As a result, children and young adults with Friedreich’s ataxia progressively lose the ability to walk and speak, and their risk for heart failure and other conditions are increased.

About Chondrial Therapeutics
Chondrial Therapeutics is a clinical-stage biotechnology company focused on the treatment of complex rare diseases. The company’s lead compound, CTI-1601, is currently being evaluated in a Phase 1 clinical program as a potential treatment for Friedreich’s ataxia, a rare and progressive genetic disease. Chondrial Therapeutics also plans to use its protein replacement therapy platform to design other fusion proteins to target additional orphan diseases characterized by deficiencies in intracellular bioactive compounds. Learn more at www.chondrialtherapeutics.com.

About Zafgen
Zafgen (Nasdaq:ZFGN) is a biopharmaceutical company that has leveraged its proprietary MetAP2 biology platform to pioneer the study of MetAP2 inhibitors in both common and rare metabolic disorders. Learn more at www.zafgen.com.