A team of researchers from Indiana University School of Medicine, Regenstrief Institute and Purdue University, led by Richard Holden, PhD, is testing a new app, called Brain Safe, designed to help people reduce their exposure to a common class of drugs linked to Alzheimer’s disease. The National Institute on Aging is funding the $3.5 million, five-year study to evaluate the app’s effectiveness.

The Brain Safe app was created and designed by Holden and his team, and the app can be used on smartphones, tablets or computers. Designed to be used by older adults who take anticholinergics, its goal is to make people more aware, informed and empowered to initiate a conversation with their doctor about replacing these medications. The app includes a personalized risk calculator, targeted multimedia content and a conversation starter to help patients bring up the subject with a clinician.

The class of drug, called anticholinergics, has been linked to cognitive impairment, Alzheimer’s disease and dementia. These drugs include medications used to treat conditions such as heart failure and depression, some sleeping pills, allergy medicines and more, and can be prescription or over-the-counter. One in three older adults is prescribed one of these medications but may not be aware of the possible risks. 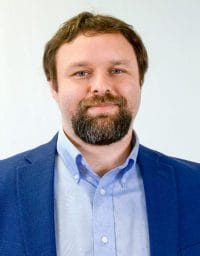 “Exposure to anticholinergic medications is a risk factor linked to Alzheimer’s disease and dementia that you can take steps to change,” said Holden. “Interventions to lower this risk are urgently needed. We hope this app will raise awareness and provide information to people, allowing them to take action to protect their brain health.”

The study, called “Brain Safe: Consumer Intervention to Reduce Exposure to Drugs Linked to Alzheimer’s Disease,” is a randomized controlled trial. It will enroll 700 older adults receiving care at Eskenazi Health and Indiana University Health. The primary goal is to test the impact of the Brain Safe intervention on prescription anticholinergic exposure. Scientists will also evaluate the impact of the app on cognitive function and health-related quality of life.

The studies that laid the groundwork for this project were published in Research in Social and Administrative Pharmacy. One determined that many people had concerns about the potential negative effects of medication but were not aware of the risks. The other established the usability and feasibility of the Brain Care app.

Scientists in the Center for Aging Research have been conducting research on moderating the risks of anticholinergic medicines for more than a decade. According to their research, about 70 percent of people have taken one of these medicines at least once in the last 10 years.

Campbell is leading a team that recently received a separate $3.3 million grant from the NIA to conduct the first clinical trial designed to determine if deprescribing anticholinergic medications prevents or delays dementia. Boustani and Holden are part of that research group.