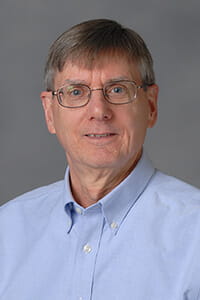 In an international collaborative effort, researchers from 207 institutions and 22 countries, including Indiana University School of Medicine, have discovered 30 locations on human DNA where variations in the sequence can affect a person’s risk of developing bipolar disorder. The discovery could lead to the development of new, more effective and better-targeted treatments for people who suffer from this mental illness. Their findings were recently published in Nature Genetics.

Bipolar disorder is a complex illness characterized by abnormal changes in mood. Though it can vary a great deal in nature and severity, people with bipolar disorder experience problems with their moods, feeling extreme highs and lows that can occur as episodes of elevated mood, referred to as mania or hypomania, or low mood, during which people experience severe depression. Some also suffer from delusions, hallucinations and behavioral problems.

Hundreds of thousands of genetic markers in DNA from 29,000 people with bipolar disorder and 160,000 people without the condition were analyzed. Researchers discovered 30 separate positions in the DNA sequence that impact the risk of developing bipolar disorder; these pointed to genes relevant to the nervous, immune and metabolic systems.

“We hope these findings will lead to more intensive study of the implicated regions, eventually leading to the identification of specific genes and pathways that are involved in the development of bipolar disorder,” said Howard Edenberg, PhD, distinguished professor at IU School of Medicine.

“It will also be important to carry out studies in people with a variety of different ethnic backgrounds in order to understand the extent to which genetic risk factors are shared among people with different ancestries.”

Howard J. Edenberg, PhD is a distinguished professor and chancellor’s professor at IU School of Medicine Department of Biochemistry and Molecular Biology.

Tatiana Foroud, PhD is a distinguished professor and the chair of the IU School of Medicine Department of Medical and Molecular Genetics.

John I. Nurnberger, MD, PhD is a distinguished professor at IU School of Medicine Department of Psychiatry.