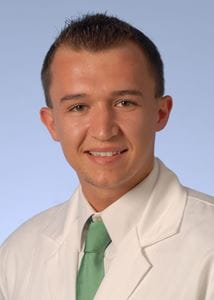 Motorcycle passengers are more likely to be non-compliant with protective helmet use and to suffer from traumatic brain injuries (TBIs) than motorcycle drivers, according to IU School of Medicine researchers.

Using the 2007 – 2010 National Trauma Data Bank, resident and faculty researchers within the Department of Surgery identified more than 85,000 motorcycle trauma patients. These patients were divided into two groups: motorcycle drivers and motorcycle passengers. Both of these groups proved TBIs to be the most frequent injury amongst individuals who were not wearing helmets at the time of collision, with passengers demonstrating a significantly higher rate of injury and lower helmet use compliancy.

This study is one of the first of its kind to investigate the benefits of helmet use when comparing motorcycle drivers to passengers.

“Neurologic and other head and neck trauma accounts for a large portion of fatalities and serious injuries associated with motorcycle accidents,” said Tyler Evans, MD, an integrated plastic surgery resident at IU School of Medicine. “With over 8 million motorcycles on the road in the United States alone, the push for prevention in this pattern of injuries is essential to overall public health and the economy.”

According to the National Highway Traffic Safety Administration (NHTSA), there has also been an increase in the proportion of fatalities when comparing motorcycle use to that of other passenger vehicles. Since 1975, mandatory laws for motorcycle helmet use dropped from 47 states requiring helmets for drivers and passengers to just 19 due to U.S. Congress eliminating the federal requirement.

“Given the lack of a common law, this study was designed to investigate the neuroprotective benefits of helmet use,” said Evans. “Further public education is crucial in order to promote awareness of the importance of helmet compliancy.”