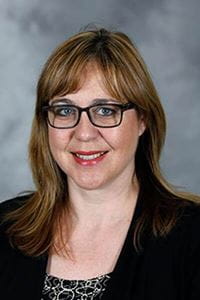 Indiana University School of Medicine has been awarded a one-year, $7.6 million grant from the National Institute on Aging (NIA) to establish a network of sites to study early-onset Alzheimer’s disease.

The new NIA grant will help establish an infrastructure and begin recruitment for what will be an approximately $45 million research program led by Liana G. Apostolova, MD, Barbara and Peer Baekgaard Professor of Alzheimer’s Disease Research at IU School of Medicine. Dr. Apostolova will lead a multi-site longitudinal observational study to better understand how people develop this rare variant of Alzheimer’s disease.

While the risk of Alzheimer’s disease increases with advancing age, approximately 5 percent of Alzheimer’s patients develop symptoms before age 65, with less than 10 percent of these patients carrying known mutations for the disease, Dr. Apostolova said. But despite being highly motivated and having fewer age-related comorbidities compared to late-onset Alzheimer’s patients, early-onset patients are commonly excluded from clinical research and therapeutic trials because of their young age or lack of memory loss. Studies suggest high heritability of genetic risk factors in this population, she said.

“The data collected as part of this study will provide a definitive comparison of the clinical, psychometric, imaging, fluid biomarker and genetic similarities and differences between early-onset and late-onset Alzheimer’s disease,” Dr. Apostolova said.

Co-principal investigators on the study are Gil Rabinovici, MD, of the University of California, San Francisco; Brad Dickerson, MD, of Harvard University; and Maria Carrillo, PhD, of the Alzheimer’s Association. The project also will include research cores and clinical sites across 16 institutions nationwide.