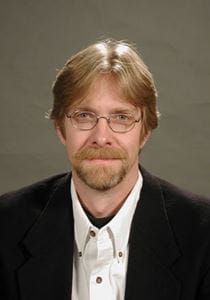 INDIANAPOLIS — Today, the Federal Reserve increased the interest rate it pays on bank reserves by one-quarter of one percent, from 0.25 percent to 0.5 percent. While this increase is slight and is not likely to have a major impact on the economy, its significance lies in two facts, according to Steven Russell, professor and chair of the Department of Economics in the School of Liberal Arts at Indiana University-Purdue University Indianapolis.

Russell also commented on the potential for the rate increase to be seen as controversial:

“The Fed’s rate increase is potentially controversial because steps to increase market interest rates are usually justified by the argument that there is a need to slow the pace of economic activity in order to restrain inflation. But the pace of economic activity is still modest, and the inflation rate is well below the Fed’s target rate — 2 percent — and shows few signs of increasing.

“Nonetheless, the Fed has been under pressure to start moving to increase market rates in order to demonstrate its continued commitment to maintaining low inflation,” Russell said. “And it has finally concluded that the economy is strong enough to justify bowing to that pressure.”

Russell holds a doctorate in economics from the University of Minnesota. His research interests are in macroeconomics — the study of how the levels of important economic indicators such as the inflation rate, the real GDP growth rate, the prime interest rate, and the unemployment rate get determined — and monetary economics, the study of the role of money in the economy and how government policy about money and credit can affect those economic indicators. Russell can be reached for interviews at 317-278-7214 or shrusse@iupui.edu.