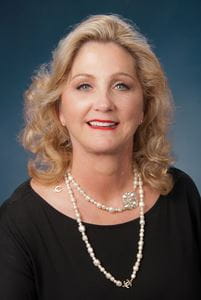 INDIANAPOLIS — An Indiana University trustee and an Indiana University Foundation official have been chosen for the Indianapolis Business Journal’s 2015 class of Women of Influence — women from diverse fields who are shaping the state’s business, educational, artistic and philanthropic landscape.

MaryEllen Kiley Bishop, vice chairwoman of the IU Board of Trustees, and Dee Metaj, IU Foundation vice president for development at Indiana University-Purdue University Indianapolis, were selected along with 18 other women on the basis of their professional excellence and leadership in their careers and community service.

An attorney and a partner in the firm of Cohen Garelick & Glazier, Bishop has had an exceptional career in estate planning, probate and trust law. She is a fellow of the Indiana State Bar Foundation and a member of the executive council of the real property, probate and trust section of the Indiana State Bar Association, a five-star lawyer, an Indiana Super Lawyer, and one of the inaugural selections for the Bar Register of Preeminent Women Lawyers.

Metaj, in her role at the foundation, led the most successful campaign in IU history. The seven-year IUPUI Impact campaign exceeded its $1.25 billion goal by $144 million.

A Michigan State University graduate, Metaj took her first post-college job with the state of Michigan, working with emotionally impaired children at a residential treatment center. Her career path took her to development positions at Oregon Health & Science University Foundation before she came to IU in 2010.

Before moving to Indianapolis, Metaj served as a mentor for Big Brothers Big Sisters and as a patient ambassador at Oregon Health & Science University Hospital. In Indianapolis, she serves as an ambassador with United Way of Central Indiana and also adopts a family each year through Season of Giving at IUPUI.