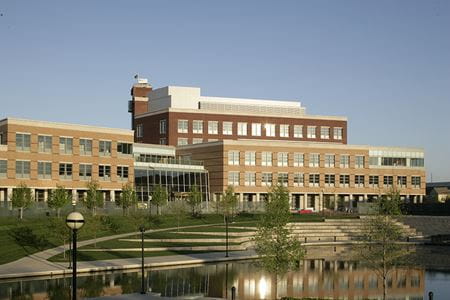 INDIANAPOLIS – Indiana University-Purdue University Indianapolis researchers led by Jesse Stewart of the School of Science, have received a $2.6 million grant from the National Institutes of Health to conduct the first randomized controlled trial to determine whether depression treatment can help prevent the development of cardiovascular disease.

Depressed adults are at high risk of cardiovascular disease, the number one killer of both men and women in the United States.

“In previous studies, we have found intriguing positive evidence that managing depression lowers risk of future heart attacks and strokes,” said Stewart, associate professor of psychology and an affiliated scientist of the IU Center for Aging Research. “With this new NIH-funded clinical trial, we hope to confirm that treatment of depression is cardioprotective, lowering the risk of developing cardiovascular disease.”

In a previous eight-year observational study led by Stewart, patients with depression but no cardiovascular disease, who were treated for their depression with an earlier version of the intervention that will be offered in the upcoming clinical trial, had a 48 percent lower risk of heart attack or stroke than depressed patients who did not receive the intervention.

“If the new trial results are positive, they will set the stage for changes to clinical practice,” Stewart said. “Like treating high blood pressure or high cholesterol, identifying and treating depression — which often goes unrecognized — may play an important role in reducing disability and death due to cardiovascular disease in the future.”

Two hundred sixteen older, primary care patients with a depressive disorder and traditional cardiovascular risk factors, but not cardiovascular disease, will be enrolled in the new study.

Half the study participants will be randomized to receive one year of current primary care treatment for depression. The other half will receive one year of eIMPACT, a collaborative stepped-care program that leverages technology to treat depression. Patients initially will receive an antidepressant medication or psychotherapy, depending on their preference. If a patient selects psychotherapy, he or she will receive cognitive-behavioral therapy via a computer program (Beating the Blues) or over the telephone with a therapist.

Reduction of heart attack and stroke risk will be determined by evaluating the functioning of the inner lining of blood vessels using ultrasound imaging to determine whether endothelial dysfunction, an early sign of cardiovascular disease, has decreased. The study team will also use the Indiana Network for Patient Care, a statewide health information exchange, to identify which patients in the trial suffer a heart attack or stroke during the follow-up period.

“This second $2 million plus NIH grant this year reflects the cutting-edge research being done by Dr. Stewart and his colleagues, and well illustrates their reputation as national leaders in health psychology,” said School of Science Dean Simon Rhodes.

Working with Stewart on the study funded by NIH’s National Heart, Lung, and Blood Institute (R01 HL122245) are six co-investigators from the IU School of Medicine: