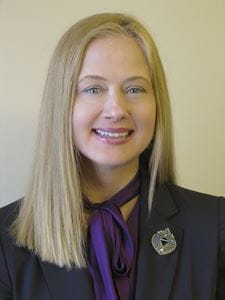 INDIANAPOLIS — A study released today by the National Sports Journalism Center, located on the Indiana University-Purdue University Indianapolis campus, examines the role diversity played in the hiring of head men’s basketball coaches at 19 major colleges and universities in 2014.

Seven of the 19 schools, or 37 percent, earned an A on the 2014 Hiring Report Card for Men’s College Basketball Head Coaching Positions at FBS Schools.

This is the second time the center has prepared the study, which assigned grades ranging from A to F on actions related to promoting diversity, developing transparency and ensuring equal opportunity. In the previous study, released in 2012, 45 percent of the schools earned an A.

“In identifying positive and negative trends between the two reports, it is hoped that this research will assist universities in their future hiring processes and subsequently will call attention to the need for diverse leadership at all levels in collegiate athletics,” the study’s introduction says.

Both reports evaluate the hiring processes for job vacancies among the 128 institutions that are classified in the NCAA Football Bowl Subdivision.

The principal investigator and lead author is Pam Laucella, academic director of the National Sports Journalism Center and an assistant professor in the Department of Journalism and Public Relations in the IU School of Liberal Arts at IUPUI.

The project manager is Floyd Keith, CEO of Planned Positive Attitude Professional Services and former executive director of Black Coaches and Administrators. The research design was created by Richard Lapchick, endowed chair and director of the DeVos Sport Business Management Program at the University of Central Florida’s College of Business Administration.

The rationale for the report card and public release of institutional grades is to present an objective measurement that quantifies the four major categories that influence the hiring process: communication, hiring/search committee, candidates interviewed and reasonable time (duration of search).

The National Sports Journalism Center is the most comprehensive institute for the study of sports journalism in America. Through its academic courses and other programs, the center provides top-quality and cutting-edge instruction on sports media for everyone from high school students to veteran professionals.