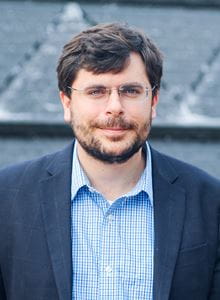 INDIANAPOLIS — A new study from Indiana University-Purdue University Indianapolis and University of California Berkeley researchers reports on an innovative theoretical methodology to solve “the counting problem,” which is key to understanding how proteins group and perform their vital functions within the human body. The study appears in the Online Early Edition of the Proceedings of the National Academy of Sciences.

Every cell in the human body has millions of proteins — the molecules responsible for the structure, function and regulation of tissues and organs. To perform more complex and specialized tasks than would otherwise be possible alone, proteins form groups.

However, grouping can be a double-edged sword. Abnormal groupings have been associated with cancer, heart arrhythmias and other diseases. Due to the incredibly small size of proteins, figuring out the make-up of groups can be difficult in live cells.

“We are just starting to learn how to count proteins that form groups and whether it makes sense to talk about specific group sizes or ranges of group sizes,” said Steve Pressé, Ph.D., assistant professor in the Department of Physics at the IUPUI School of Science, the corresponding author of the study who led the project. “As we count proteins in groups and assess how they assemble, we will be moving toward ways of diagnosing group-size anomalies associated with disease.”

Protein groupings are not random, and each group has a specific function — determined by the genetic code — such as generating energy for the cell or separating pieces of DNA during cell division.

Only super-resolution imaging techniques — a state-of-the-art imaging method — has the potential to reveal how many proteins form a group whose size is typically 1/20,000 the width of a human hair.

“Super-resolution imaging techniques are way ahead of analysis techniques,” Pressé said. “We can collect great-looking images, but turning those into a concrete figure for the number of proteins in a group is a difficult task.”

Super-resolution imaging works by genetically encoding small fluorescing molecules on proteins that will eventually form groups. Each protein comes with its own “light bulb.” These light bulbs are typically crammed within space the size of a single pixel on a super-resolution image.

Counting these proteins in a group should be as easy as counting light bulbs except that these light bulbs flicker. And their flickering depends on precisely where the protein group is within the cell. That’s the problem that Pressé and colleagues solved theoretically — figuring out how many flickering light bulbs were packed in one tiny pixel.

“Although work on protein grouping has been done in test tubes, very little work has been done in living systems, which are much more complex and difficult to study,” said Pressé, who is a biophysicist at IUPUI. “Our goal is to gain an understanding of what is normal so we can also learn what is not normal. Ultimately, preventing or correcting abnormal grouping will require knowledge of both.”

Authors of “A Stochastic Approach to the Molecular Counting Problem in Super-Resolution Microscopy,” in addition to IUPUI’s Pressé, are Geoffrey C. Rollins, Jae Yen Shin and Carlos Bustamante of UC Berkeley. Bustamante is a Howard Hughes Medical Institute investigator. Pressé’s work was supported by the Burroughs-Wellcome Fund and the National Science Foundation.