Independence for Scotland could mean economic, international realignments for America 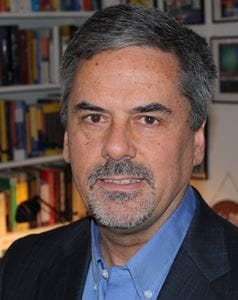 Voters in Scotland will go to the polls Thursday to decide whether their country will declare its independence from the United Kingdom. Indiana University experts on Europe and the U.K. offer their perspectives and are available to speak to news media.

Independence could affect the U.S.

A “yes” vote for Scottish independence could affect America’s economy and Britain’s role in international politics, according to John McCormick, a political scientist at Indiana University-Purdue University Indianapolis.

“The United Kingdom would cease to exist, which means that its role as a U.S. ally would change,” said McCormick, Jean Monnet Professor of European Union Politics in the Department of Political Science in the IU School of Liberal Arts.

“It might also eventually mean that a British referendum on European Union membership would result in Britain leaving the EU. Both events would have financial and economic implications that might impact the U.S. as a major investor in — and source of investment from — the U.K.,” McCormick said. “And if Scotland becomes independent, other parts of Europe, like Catalonia in Spain, would be more interested in pressing for their own independence.”

McCormick is also director of graduate studies in the Department of Political Science. To schedule an interview with McCormick, contact Diane Brown at 317-274-2195 or habrown@iu.edu; or Rich Schneider at 317-278-4564 or rcschnei@iu.edu.

Break-up would add to ‘decline’ of U.K. as world power

Timothy Hellwig, director of the Institute for European Studies at IU Bloomington, said the most obvious impact of a vote for independence would be on the United Kingdom.

“Since the Act of Union in 1707, Scotland is recognized as England’s first colony and, now, it hopes to be one of its last,” he said. “If the majority of the people vote yes, then the so-called decline of the U.K. as a world power — from the height of its empire in the 19th century to the economic malaise of the 1970 — will, in a very real way, be fully realized.”

And what remains of the U.K. will be less well-off, he said, because much of its energy and natural resources are in Scotland or off its coast. Beyond the U.K.:

The Institute for European Studies is part of the School of Global and International Studies in the College of Arts and Sciences at IU Bloomington. To speak with Hellwig, contact Steve Hinnefeld at 812-856-3488 or slhinnef@iu.edu.