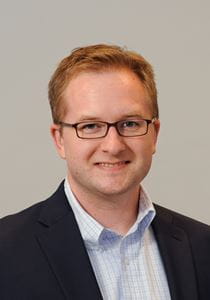 Indiana University has invested in a broad array of advising tools and technologies that are intended to help promote undergraduate students’ on-time degree completion. IUPUI has also committed to integrating academic advising with career preparation throughout the undergraduate experience, from pre-orientation through graduation and beyond. As director, Rust will implement professional development opportunities for career and academic advisors focused on the integration of both in practice. Rust also will coordinate the implementation and use of new technology-based tools to support academic and career advising, such as Symplicity’s Career Services Manager, the Education Advisory Board’s Student Success Collaborative platform, and advising systems developed by Indiana University to support academic planning through degree maps. In this role, Rust will coordinate closely with University College and schools conferring undergraduate degrees, as well as with Indiana University’s new Office of Completion and Student Success.

“Matt’s extensive educational and professional experiences, as well as his keen grasp of the complex issues related to student success in higher education, make him an ideal candidate for this position,” Johnson said. “His energy, drive and commitment to integrated models of academic and career advising will serve our campus advising community, and ultimately our students, very well. He brings a diverse array of skills to a position that is ultimately about enhancing our undergraduate students’ success as they prepare to graduate and begin their careers. ”

“I am thrilled to have this opportunity,” Rust said. “I look forward to working with the dedicated career services professionals and academic advisors who teach IUPUI students to maximize their undergraduate experiences while preparing for their future professions.”

Working at IUPUI since 2012, Rust has served as Director of Student Affairs in the School of Science, where he has coordinated academic advising, engagement, and retention initiatives in addition to assessing their outcomes. He previously served as an Assistant Director, Academic Advisor, and Lecturer in the First Year College at North Carolina State University. Rust regularly presents on topics including liberal education, legal issues in advising, and assessment. He has written for publications from the National Academic Advising Association (NACADA) and serves on the editorial board of the NACADA Journal. Rust holds a BA in political science and philosophy/religion from Butler University, an MS in Student Affairs in Higher Education from Miami University, and a JD from North Carolina Central University School of Law.