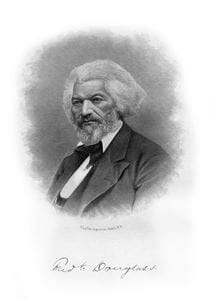 INDIANAPOLIS — University scholars from the U.S. and Europe will gather at an Indiana University-Purdue University Indianapolis event next month celebrating a new publication of an “underappreciated gem” – a novel authored by famous abolitionist Frederick Douglass.

The two-day event will observe and assess the significance of the Frederick Douglass Papers’ publication of the first scholarly edition of “The Heroic Slave” by Douglass (1818-95), a runaway slave who became an internationally recognized orator, reformer, journalist and diplomat.

“I am very excited that the forthcoming symposium will generate public attention for this underappreciated gem in early African American literature,” said Professor John R. Kaufman-McKivigan, editor of the Frederick Douglass Papers. “Douglass’ achievements as an orator, autobiographer and political leader are well-remembered but not his important accomplishment as a fiction writer.”

“The Heroic Slave” was inspired by the actions of Madison Washington, a cook on a ship sailing to New Orleans. Washington led an 1841 slave rebellion on a ship that then sailed instead to the Bahamas, allowing 128 slaves to find freedom.

The Douglass Papers’ publication of the book received funding as part of a $52,060 grant from the National Historical Publications and Records Commission.

Conference presenters will provide special insights and tools to educators to help them better explain Douglass’ life and times to their modern-day students, Kaufman-McKivigan said.

The Oct. 9 conference sessions will take place at The University Tower, 850 W. Michigan St., on the IUPUI campus. The Oct. 10 sessions, along with the Second Annual Madame C.J. Walker/Frederick Douglass Public Lecture and Workshop, will meet at the Jewel Center, 3333 N. Illinois St.

Robert S. Levine, professor of English at the University of Maryland, will deliver the Oct. 9 keynote address, “Heroic Slaves: Madison Washington and ‘My Bondage and My Freedom,'” from 7 to 8:30 p.m. at The Tower.

V.P. Franklin, chair and professor of history and education at University of California Riverside, and editor of the Journal of African American History, will deliver the second conference keynote address, “The Power to Define: History, Scholarship, and Social Change,” from 12:30 to 2:30 p.m. Oct. 10 at the Jewel Center.

Symposium sponsors include the Institute for American Thought, the IU School of Liberal Arts and its Africana studies program and departments of English and history, the IUPUI Arts and Humanities Institute, the IUPUI Office of Diversity, Equity and Inclusion, Indiana Humanities and the Africana Studies Program in the IU School of Liberal Arts at IUPUI.

Additional conference details, including a complete syllabus, bios of speakers and online registration, are available on the conference website. For additional information, email douglass@iupui.edu.