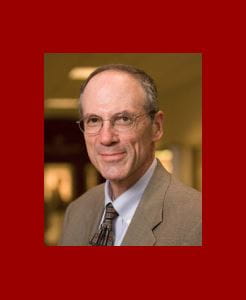 INDIANAPOLIS — Noted historian and National Endowment for the Humanities medal recipient Mark Noll will deliver a public talk Thursday, Aug. 7, as part of the IUPUI Center for the Study of Religion and American Culture’s The Bible and American Life Conference.

Noll will present “The Bible Then and Now” at 7:30 p.m. at Christ Church Cathedral, 125 Monument Circle in downtown Indianapolis. Registration is not required for this keynote talk, which is open to the entire Indiana University-Purdue University Indianapolis campus as well as the general public.

Noll is the Francis A. McAnaney Professor of History at the University of Notre Dame. His numerous books include “The New Shape of World Christianity: How American Experience Reflects Global Faith” (InterVarsity Press, 2009); “God and Race in American Politics: A Short History” (Princeton University Press, 2008); and “The Civil War as a Theological Crisis” (University of North Carolina Press, 2006). He is a member of the American Academy of Arts and Sciences; in 2006 he received the National Endowment for the Humanities medal at a White House ceremony.

The Center for the Study of Religion and American Culture is part of the Indiana University School of Liberal Arts at IUPUI. The Bible and American Life Conference, taking place Wednesday through Friday at Sheraton Indianapolis City Centre, is the second stage of a project that seeks to provide the first large-scale investigation of the Bible in American life.

Earlier this year, the center released the first part of the project: a report based on a national survey of American Bible reading. Among its many findings, the study discovered:

•    There is a 50/50 split among Americans who read any form of scripture in the past year and those who did not.

•    Among those who read any form of scripture in the past year, 95 percent named the Bible as the scripture they read.

•    Despite the proliferation of Bible translations, the King James Version is the top choice — and by a wide margin — of Bible readers.

•    The strongest correlation with Bible reading is race, with African Americans reading the Bible at considerably higher rates than others.

•    Bible readers consult scripture for personal prayer and devotion three times more than to learn about culture war issues such as abortion, homosexuality, war or poverty.

A conference schedule and registration information are available online.