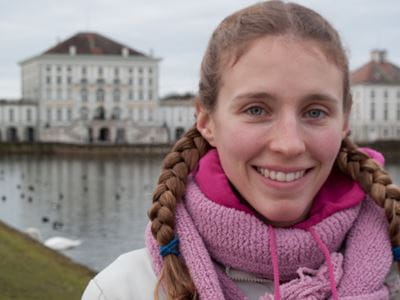 INDIANAPOLIS — Amanda Snell, an Indiana University-Purdue University Indianapolis student, has been awarded a Fulbright U.S. Student Program grant to travel to Germany as part of the English Teaching Assistant Program.

Snell, an English major with a concentration in teaching English as a Second Language in the IU School of Liberal Arts at IUPUI, is one of more than 1,800 U.S. citizens who will travel abroad for the 2014-15 academic year through the Fulbright U.S. Student Program. Recipients of Fulbright grants are selected on the basis of academic and professional achievement, as well as demonstrated leadership potential.

“Amanda Snell’s recognition as a Fulbright awardee demonstrates the impact of IUPUI’s commitment to global engagement,” said Nasser Paydar, IUPUI executive vice chancellor and chief academic officer. “Our students increasingly participate in international experiences during their time at IUPUI and are empowered to transform our community and the world after graduating.”

In August, Snell will begin teaching English and Spanish classes at a high school in Laatzen, Germany. She will also be leading a tandem partnership in which German students learning English will email Indiana high school students studying German. Additionally, she’ll be doing community literacy projects, including working with immigrant adults trying to learn German.

Snell said that IUPUI professors were foundational in her path to becoming a Fulbright awardee.

“I am so grateful for my professors in the IUPUI English department, who mentored me inside and outside the classroom by challenging me academically and encouraging me to apply what I am learning in class to impact the community, in my case, through teaching immigrant and refugee language learners,” she said. “These professors have modeled what I strive to provide to my students: high expectations coupled with support and respect for learners.”

Thomas Upton, professor of English in the IU School of Liberal Arts, mentored Snell in the Fulbright process.

”Receiving a Fulbright award highlights Amanda Snell’s already impressive academic and professional accomplishments as well as her determination to make a difference,” Upton said. “Amanda’s award shows that students coming out of the School of Liberal Arts can and do have an impact on the world.”