Anthropologist and English lecturer comment on popularity, cultural themes of ‘Planet of the Apes’ 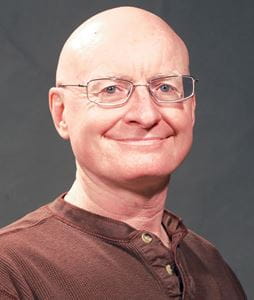 INDIANAPOLIS — Why does the idea of a dystopian world ruled by apes continue to pique moviegoers’ interest nearly five decades after the original “Planet of the Apes” debuted?

With the newest installment of the franchise, “Dawn of the Planet of the Apes,” opening in theaters this weekend, Indiana University-Purdue University Indianapolis anthropology professor Paul R. Mullins and IUPUI English lecturer Michal Hughes are available for comment on the popularity and cultural themes of the movie series.

The original series — a five-film saga — began in 1968 with Charlton Heston as astronaut George Taylor marooned on an ape-ruled planet. This year’s film follows the 2011 “Rise of the Planet of the Apes,” a reboot of the original series.

On the big screen, we’ve had seven films, with a third in the reboot series announced earlier this year. What piques our fascination and keeps us coming back for more?

Mullins: “The fundamental attraction of the series remains its dystopian narrative of the price of human folly and the potential that the meek may inherit the earth; in much of the ‘Apes’ franchise, we root for the apes and are indifferent to (if not actively rooting against) the humans.”

Hughes: “A large part is the desire for answers to our questions. Why do the apes hate humans so much? What did the humans do to stir that hatred? When did the animosity between the species of apes start? How and why did it start? What caused the apocalypse? How did the humans lose speech after the apocalypse? Ad infinitum. As a prequel to the original series, viewers are hoping to discover some of the answers to these and other questions.”

There has been a change of themes in the movies, reflecting changes in society, according to Mullins and Hughes.

Mullins: “The franchise was a bit more focused on race in the ’60s and ’70s and now addresses somewhat different costs of human agency (e.g., genetic engineering, environmental impacts, etc.).”

Given that “Planet of the Apes” debuted during the civil rights era, can we expect this movie to carry the same weight as a commentary on American culture and/or history?

Hughes: “To some degree. It should show us how the seeds of hatred were sown for both the hatred between apes and humans and the class struggle between the species of apes. (Science fiction) often masks subjects like this and is able to present it to a far larger audience than other genres of film or literature. I expect the film to distinguish the subtle differences and keep these issues in the background of the story.”

Paul Mullins, chair of the Department of Anthropology in the School of Liberal Arts and a popular culture expert, has taught a class that includes “Planet of the Apes as American Myth: Race and Politics in the Films and Television Series” as a required textbook.